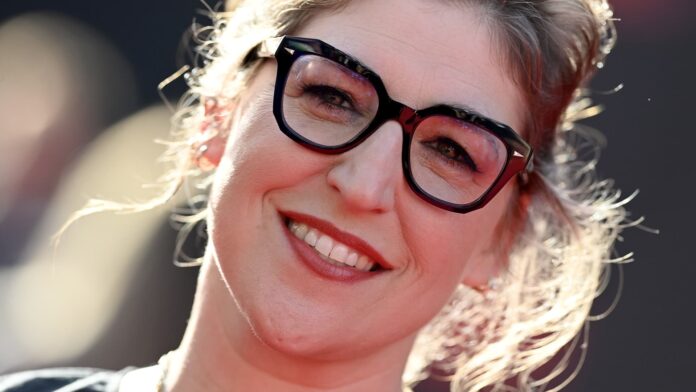 Mayim Bialik attends Marvel Studios “Doctor Strange in the Multiverse of Madness” Premiere at El Capitan Theatre on May 02, 2022 in Los Angeles, California.

Mayim Bialik and Ken Jennings have signed deals to split hosting duties for “Jeopardy!,” according to a statement from executive producer Michael Davies.

The two had been acting as hosts on an interim basis. The deal also ends the tumultuous competition to succeed longtime host Alex Trebek, who died in November 2020.

Bialik, a neuroscientist and actor best known for her roles on “Blossom” and “The Big Bang Theory,” was named host alongside Mike Richards in August 2021. Richards, who was an executive producer on the show, was ousted from the role soon after for insensitive statements and multiple discrimination lawsuits against him.

Jennings, who holds the record for the most consecutive wins on “Jeopardy!,” helped split duties with Bialik following Richards’ departure. “Jeopardy!” says its viewership with the two hosts has risen to over 27 million per week, making it “the most-watched entertainment show on all of television.”

Jennings is scheduled to begin the season in September and host the Tournament of Champions. Bialik will host “Celebrity Jeopardy!” before taking the podium at the original “Jeopardy!” in January.

Davies said the show would not “flip flop” the hosts, noting that viewers value consistency. He stated that they will work around Bialik’s schedule while she films the Fox sitcom “Call Me Kat.”

CNBC’s David Faber was among the contenders for the “Jeopardy!” hosting role, as were Katie Couric and LeVar Burton, among others.