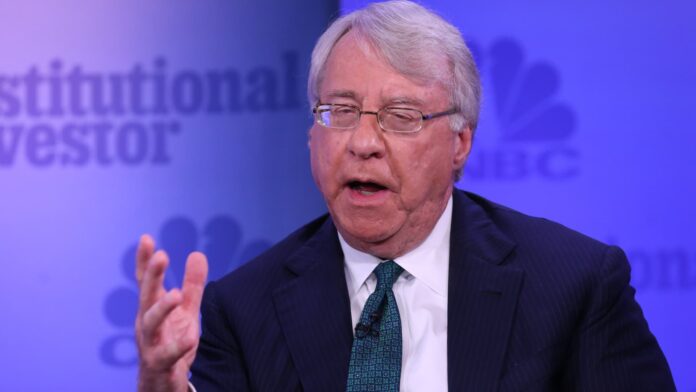 Short-seller Jim Chanos found his new target to bet against: data centers. The founder of Kynikos Associates told The Financial Times in an interview Tuesday that brick-and-mortar data centers are his “big short” right now, as these companies face competition from Big Tech who used to be their customers. Big data center operators Digital Realty Trust and Equinix saw their shares dropping as much as 5% each on Wednesday following Chanos’ comments. The stocks are both down more than 20% on the year. The investor said these physical data centers are becoming obsolete and are being threatened by cloud-based servers such as Amazon Web Services, Google Cloud and Microsoft Azure. He said in a Wednesday tweet that he’s shorting players in the space with declining cash flows at “insane” valuations. “The cloud (and data) is growing, but legacy data center operating incomes are shrinking. Yet the data center REITs trade at huge premiums to the actual cloud companies,” Chanos said in a tweet. Chanos is a famed short seller on Wall Street with a long history of identifying fraud. He made his name betting against energy trading company Enron in 2000 after discovering deceptive accounting practices. In March, Chanos announced a new short position in crypto exchange Coinbase on CNBC , citing increased competition in the space.