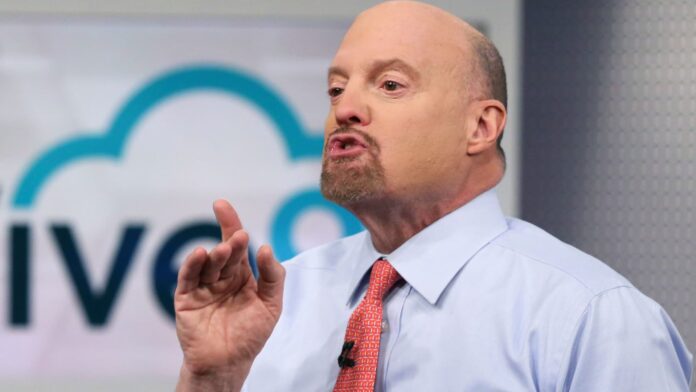 CNBC’s Jim Cramer on Thursday gave investors three options for packaged food stocks they can seek refuge in, as the stock market continues to seesaw.

“With commodity costs coming down big, the food stocks can become recession-proof safe-havens. But you have to be selective, which means sticking with the winners that we know are doing well,” he said.

All three major indices fell on Thursday, the last day of the second quarter. The Dow Jones Industrial Average and S&P 500 had their worst quarters since the first quarter of 2020, while the Nasdaq Composite had its worst declines since 2008.

“First, commodity prices have already begun to collapse, and those savings flow right to the bottom line. … Second, nearly everybody seems convinced that we’re headed into a recession, and while I’m not totally convinced, that creates a much better backdrop for the Steady Eddie packaged food stocks,” he said.

Here are his top three picks:

Campbell beat on its top and bottom lines in its latest quarter and also raised its full-year sales forecast.

“This is not my favorite food play, but I haven’t felt so good about Campbell Soup in a very, very long time,” Cramer said.

Kellogg said last week that it is planning to split into three separate companies that will divide its brands into snacking, cereal and plant-based segments.

The business, which houses famed brands including Froot Loops, Pop-Tarts and Rice Krispies, is expected to finalize the spinoffs by the end of next year.

“Their snack division in particular is terrific, and I think it will be worth a lot more as an independent company that’s not hostage to the much slower growth [of the] North American cereal business. Plus, we don’t have many good pure plays on snack food,” Cramer said.

General Mills beat Wall Street estimates on revenue and earnings in its latest quarter, though its full-year profit outlook is lower than analysts’ estimates. The stock reached a new 52-week high on Thursday.

Cramer praised the company’s “blowout quarter” and called the company a best of breed operator that’s been at the top of its game for the past several years.

“I think it’s worth buying here, but you might want to leave some room to buy more the next time we get hit with a market-wide pullback,” Cramer said.

Inventory is piling up as consumer demand slows. That’s bad news for these stocks