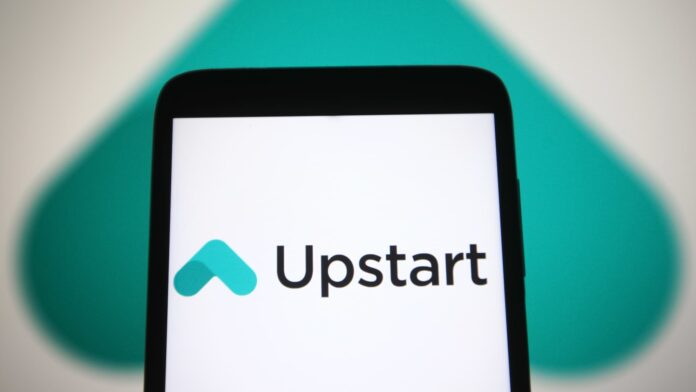 JMP Securities downgraded shares of Upstart Holdings on Friday after the consumer lending company issued a profit warning that highlighted how difficult it would be to predict its future revenue. Analysts led by Andrew Boone lowered Upstart’s rating to market perform from market outperform, but did not set a price target for the stock. Upstart shares were down nearly 16% in premarket trading Friday. The stock has fallen more than 77% since the start of the year. Late Thursday, the company said it expected second-quarter revenue to be about $228 million, or 24% lower than its prior forecast, because of a decision to sell off loans on its balance sheet at a loss. Second-quarter net income is projected to be $27 million lower than the company had previously anticipated. “Upstart is being impacted by a tighter funding environment as capital market participants are wary given recessionary concerns, while it sold previously issued loans held on its balance sheet for losses given rising rates,” Boone wrote. Boone said Upstart deciding not to hold the loans on its balance sheet while capital market participants are not willing to fund originations is driving “limited revenue visibility” and the firm’s downgrade. Given high inflation and rising interest rates, capital market participants are tightening lending requirements and constraining Upstart’s funding. While Boone sees this as a short-term headwind, fears of a recession create additional downside risks for the company as JMP expect that only 25% to 30% of originations in the first quarter were held by banks. “To be clear, loans continue to perform approximately in line with expectations while Upstart has a significant catalyst ahead in auto,” Boone wrote. “However, given the worsening macro environment and limited visibility into when capital markets will reopen for Upstart, we believe the risk/reward in shares is balanced at current levels.” To be sure, Upstart has improved its unit economics this year by buying back stock, Boone said. The company is also committed to keeping its free cash flow positive and has about $800 million of unrestricted cash on its balance sheet. The company’s loans are now performing roughly in line with expectations and it is targeting returns of 10% or more. Correction: Upstart shares were down in premarket trading Friday. An earlier version misstated the day.

Blackstone is ‘best in class,’ JPMorgan says in upgrade