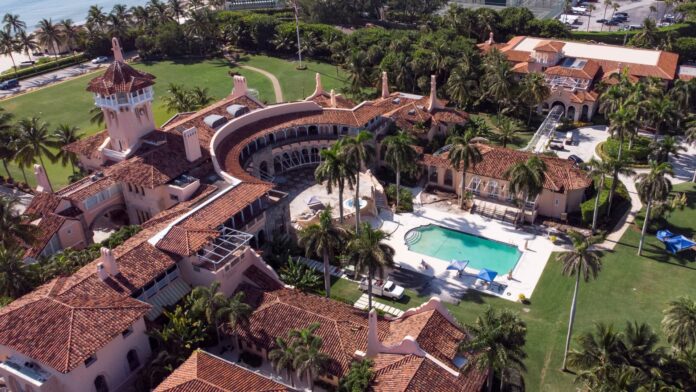 A federal judge appointed by former President Donald Trump ordered him Tuesday to answer several key questions about his new lawsuit related to the FBI raid on his Florida home, including why her court should be the one hearing the case and to more precisely explain what he wants her to do.

Judge Aileen Cannon also ordered Trump to tell her how his suit affects another pending case involving the same search warrant before a federal magistrate judge in the same court, and whether the Department of Justice has been served with his lawsuit yet.

Cannon also wants to know if Trump is seeking any injunctions related to material seized in the raid until the lawsuit is resolved.

Cannon’s order came a day after Trump filed suit in U.S. District Court for the Southern District of Florida, asking her to appoint a so-called special master to review documents seized Aug. 8 in the FBI raid on his Mar-a-Lago resort residence in Palm Beach.

The judge, whom Trump appointed to that court in 2020, gave him and his lawyers until Friday to answer her questions.

Trump wants to block the DOJ from examining the seized documents until a special master looks at them. The step is typically taken when there is a chance that some evidence should be withheld from prosecutors because of various legal privileges.

The DOJ is conducting a criminal investigation related to the documents being removed from the White House when Trump left office in January 2021. By law, presidential records are required to be turned over to the National Archives.

A warrant authorizing the FBI’s search-and-seizure operation at Mar-a-Lago shows that the DOJ is probing potential violations of laws related to espionage and obstruction of justice. Multiple sets of documents marked top secret were seized in the raid.

Trump claims the raid was illegal and motivated by a desire to harm his chances of regaining the White House if he decides to run again.

Cannon in her order Tuesday wrote: “The Court is in receipt of Plaintiff’s Motion for Judicial Oversight and Additional Relief.”

“To facilitate appropriate resolution, on or before August 26, 2022, Plaintiff shall file a supplement to the Motion further elaborating on the following: (1) the asserted basis for the exercise of this Court’s jurisdiction, whether legal, equitable/anomalous, or both; (2) the framework applicable to the exercise of such jurisdiction;” Cannon wrote.

The judge also told Trump’s team to detail “the precise relief sought, including any request for injunctive relief pending resolution of the Motion; (4) the effect, if any, of the proceeding before Magistrate Judge Bruce E. Reinhart; and (5) the status of Plaintiff’s efforts to perfect service on Defendant.”

Reinhart signed the warrant authorizing the raid. He is considering requests by media outlets to unseal an affidavit that the DOJ filed, which laid out the need for the search and events leading up to it.

Earlier Tuesday, the National Archives posted online a letter that said classified material was found in boxes that Trump turned over to that agency in January.

Italy could be headed for snap election as Draghi considers resignation