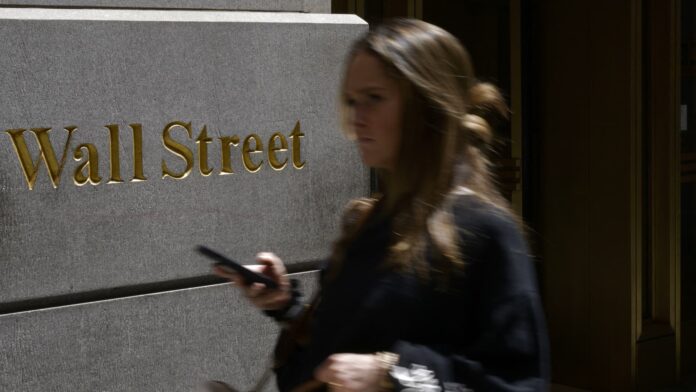 A person checks her phone at Wall Street near the New York Stock Exchange (NYSE) in New York on May 27, 2022.

The IPO market has been frozen for most of 2022, and it shows no signs of reopening.

On Wednesday, software vendor Justworks and food retailer Fresh Market withdrew their filings for initial public offerings. Both companies initially disclosed plans to go public last year. In short filings with the Securities and Exchange Commission, they said they no longer plan to pursue share sales, without providing a reason.

They don’t have much explaining to do. After banner years in 2020 and 2021, including a record-setting level of activity last year, investors have shown no appetite for new issues amid this year’s market plunge. The tech-heavy Nasdaq Composite has dropped 28% so far in 2022, underperforming the S&P 500, which is off by 20%.

The picture is much bleaker for companies to hit the market of late, particularly those in and around the tech sector. The Renaissance IPO ETF, which says it tracks the “largest, most liquid, newly listed U.S. IPOs,” has plummeted 46%.

According to Ernst & Young, global IPO volume sank 54% in the second quarter from a year earlier, while proceeds in offerings plunged by 65%.

Justworks, based in New York, was looking to go public after revenue in the 12 months that ended May 2021 climbed 32%, to almost $983 million. The company even recorded a net profit, which is rare for pre-IPO software companies.

But one look at what’s happening to Justworks’ competitors and it’s clear why it would chose to steer clear of an IPO at this point. Paycom is down 26% this year; Paylocity by 24%; and Paychex is off 15%.

Fresh Market, which has 159 stores in 22 states and also sells a wide assortment of meal kits, generated $1.4 billion in revenue through the first three quarters of 2021, up 3.5% from the prior year. The company’s rivals include traditional supermarkets like Albertsons and Kroger, specialty grocers such as Sprouts Farmers Market and Trader Joe’s as well as big-box stores like Walmart and Target.

In May, Fresh Market said it was selling 67% of the company to Cencosud, a South American retailer, for $676 million. The rest will be owned by existing shareholders, including Apollo Funds, which took the company private in 2016.

WATCH: Capital markets will be completely dead for a long time

Stock picks for the second half