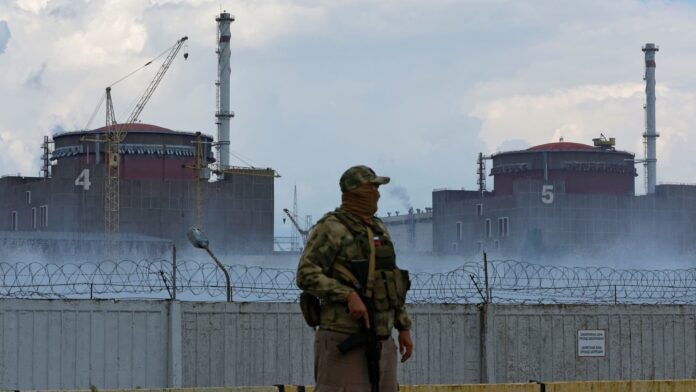 The U.K.’s Ministry of Defense believes Russia is building a new ground force formation, the 3rd Army Corps, or “3 AC.” This force is likely drawing heavily on volunteer battalions, which accept conscripts up to 50 years of age and with only middle-school level educations, the ministry said in its daily intelligence briefing posted to Twitter.

“To support the Ukraine operation, Russia has almost certainly established a major new ground forces formation, 3rd Army Corps (3 AC), based out of Mulino, in Nizhny Novgorod Oblast east of Moscow,” it said. “Russian regional politicians have confirmed that potential 3 AC recruits are being offered lucrative cash bonuses once they deploy to Ukraine.”

The post read: “A Russian army corps typically consists of 15-20,000 troops, but it will probably be difficult for Russia to bring 3 AC up to this strength, given very limited levels of popular enthusiasm for volunteering for combat in Ukraine.”

The ministry added that “3 AC’s effect is unlikely to be decisive to the campaign.”

Russian missiles hit village outside of Zaporizhzhia, killing at least one

The village of Kushuhum just south of the Ukrainian city of Zaporizhzhia was hit by four Russian missiles, killing a woman who was found beneath the rubble of a destroyed building, according to the region’s governor.

“Four private buildings have been totally destroyed,” the governor, Oleksandr Starukh, said in a post on Telegram. “Several dozen houses have been left without windows and roofs.”

He added that gas and electricity for the village had also been disrupted.

People rest on a beach as smoke and flames rise after explosions at a Russian military airbase, in Novofedorivka, Crimea August 9, 2022.

Ukrainian President Volodymyr Zelenskyy vowed in his nightly address that Ukraine would liberate its southern peninsula of Crimea, which was annexed by Russia in 2014.

“This Russian war against Ukraine and against the entire free Europe began with Crimea and must end with Crimea – with its liberation,” he said.

A Russian airbase on the western coast of Crimea, Novofedorivka, far from the frontline, was hit by large explosions Tuesday that killed at least one person and injured some 13 more, Crimea’s health ministry said.

Ukraine says Russia lost nine planes as a result of the explosions, but Ukrainian officials did not claim responsibility for the attack. Ukraine’s claims have not been independently verified.

The Zaporizhzhia nuclear power plant, in the Russian-controlled area of Enerhodar, seen from Nikopol in April 27, 2022.

Russian forces in charge of southern Ukraine’s Zaporizhzhia nuclear plant are reconfiguring its power production to connect it to the annexed territory of Crimea, Ukrainian nuclear operator Energoatom said, warning that this meant causing damage to critical systems.

“To do this, you must first damage the power lines of the plant connected to the Ukrainian energy system. From 7-9 August, the Russians have already damaged three power lines. At the moment, the plant is operating with only one production line, which is an extremely dangerous way of working,” Petro Kotin, president of Energoatom, said on Ukrainian television.

The facility can provide power to four million homes in Ukraine.

The Spanish chef and restaurateur brought the World Central Kitchen to Ukraine to address the food crisis triggered by Russia’s war.

The two-star Michelin chef said that his organization has thus far served more than 130 million meals since Russia’s war broke out more than five months ago.

At least 366 Ukrainian health-care facilities have been attacked since war started, WHO says

A couple wounded in a shopping mall hit by a Russian missile strike hold hands in a hospital as Russia’s attack on Ukraine continues, in Kremenchuk, in Poltava region, Ukraine June 27, 2022.

Since the Kremlin invaded Ukraine on Feb. 24, the World Health Organization’s Surveillance System for Attacks on Health Care estimates that there have been at least 434 attacks on vital health services in the country.

The organization reports that health care facilities were damaged 366 times, ambulances were targeted in 65 cases and at least 104 attacks affected crucial medical supplies. The group also estimated that attacks on health services led to at least 85 deaths and 101 injuries.

The Kremlin has previously denied that it targets civilian infrastructure like hospitals, schools and apartment buildings.

Former Chelsea owner Roman Abramovich looks on from the stands during the Barclays Premier League match between Chelsea and Manchester City at Stamford Bridge on April 16, 2016 in London, England. Abramovich announced on in March 2022 that he was selling the club due to the ongoing situation in Ukraine. The UK government froze Abramovich’s assets there days later due to his “close ties with (the) Kremlin.”

The investigation, being conducted by the Securities and Exchange Commission and the Federal Bureau of Investigation, is partly focused on how Abramovich’s associates used several offshore shell companies to invest $8 billion in hedge funds and private equity firms, the report added, citing people close to the firm.

Abramovich is one of Russian President Vladimir Putin’s allies and has been sanctioned by nations across the world over his support of Russia in its invasion of Ukraine.

Russia seized the plant five months ago in the early stages of the war after it invaded Ukraine.

The head of the United Nations watchdog called on both countries to let experts visit and assess the site. Guterres said on Tuesday that conditions there are “completely out of control.”