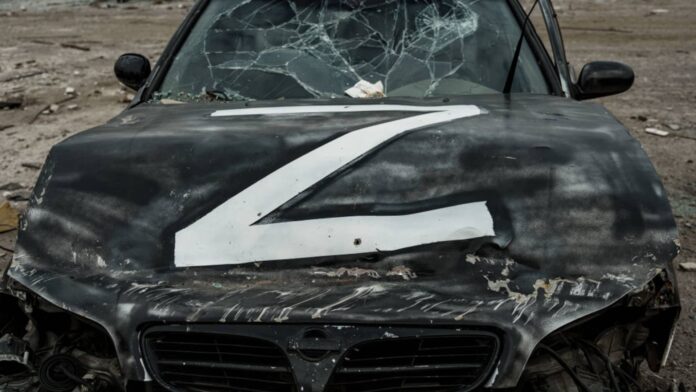 What’s happening in the war? Here’s the latest assessment by defense analysts

Ukraine’s counteroffensive continues in the south in the Kherson region and in the northeast, with Ukrainian forces looking to push further into the Donetsk region and toward Luhansk. Here’s how defense analysts at the Institute for the Study of War assessed Ukraine’s progress late on Monday:

Institute for the Study of War

Summing up Ukraine’s progress following the recapturing of Lyman (a key logistics hub for Russian forces in the area) on Saturday, analysts at the ISW wrote that the country’s forces “continued to make substantial gains around Lyman and in Kherson Oblast in the last 48 hours.”

“Ukrainian and Russian sources reported that Ukrainian troops made significant breakthroughs in northern Kherson Oblast between October 2 and 3. Geolocated footage corroborates Russian claims that Ukrainian troops are continuing to push east of Lyman and may have broken through the Luhansk Oblast border in the direction of Kreminna.”

The ISW noted again that Russian groupings in northern Kherson Oblast and on the Lyman front were largely comprised of units that had been regarded as among Russia’s premier conventional fighting forces before the war but said “their apparent failures to hold territory against major Ukrainian counter-offensive actions is consistent with ISW’s previous assessment that even the most elite Russian military forces are becoming increasingly degraded as the war continues.”

Zelenskyy says there are newly liberated settlements in several regions

Ukraine’s counteroffensive in the northeast and south of the country continues to build momentum, with President Zelenskyy announcing last night that there were “new liberated settlements in several regions.”

On Monday, Ukrainian forces saw more successes on the battlefield, pushing through Russian defenses in the south of the country, as well as consolidating their hold on territory around Lyman in the northeast Donetsk region, and looking to push further eastward into Luhansk.

Wreckage of a car marked with a Russian military symbol “Z” at a Russian military base, which Ukrainian forces destroyed by HIMARS during a counteroffensive in Kharkiv Oblast, on Sept. 26, 2022 in Balakliia, Ukraine. Balakliia was under Russian occupation for half a year. On Sept. 10, Ukraine’s armed forces liberated the city.

In his nightly address, Zelenskyy didn’t name the newly liberated towns but said “fierce fighting continues in many areas of the front” but said an increasing number of occupying forces were trying to escape and “more and more losses are being inflicted on the enemy army.”

Zelenskyy said Russian men who had been mobilized to fight in Ukraine just a few weeks ago were already dying in Ukraine.

“Among the dead occupiers we can already see those who were taken [brought to fight in Ukraine] just a week or two ago. People were not trained for combat, they have no experience to fight in such a war. But the Russian command just needs some people – any kind – to replace the dead. And when these new ones die, more people will be sent. This is how Russia fights. That’s how it will lose as well,” he said.

“No sham referenda, announcements about annexations, conversations about the borders they invented and drew somewhere, will help them,” he added, referring to a set of fake referendums in Russian-occupied territories in Ukraine that led to Moscow announcing their annexation last week, a move branded as illegitimate and illegal by Ukraine and its allies.

Elon Musk is publicly rebuked by Zelenskyy over his Twitter poll

American tech billionaire Elon Musk drew public ire from Ukraine’s top officials after the Tesla CEO posted a Twitter poll asking the public to agree or disagree with what he claimed is the most likely outcome of Russia’s invasion.

“F– off is my very diplomatic reply to you,” Ukraine’s ambassador to Germany, Andrij Melnyk, wrote in response to Musk’s tweet.

What Musk calls a “highly likely” outcome presumes that Russia accomplishes several of its major goals, including permanently annexing Crimea, using referendums to determine the fates of 4 other attempted annexations, and prohibiting Ukraine from joining NATO.

For Ukrainians, these outcomes would never, ever be acceptable.

Over the weekend Ukrainian forces seized the strategic city of Lyman and continued a stunning counteroffensive in the northeast of the country.

A destroyed Russian armored vehicle left behind by the Russian forces in Izium, Kharkiv, Ukraine on October 02, 2022. (Photo by Metin Aktas/Anadolu Agency via Getty Images)

The head of the International Atomic Energy Agency said that Russian forces released an employee from the Zaporizhzhia nuclear power plant.

IAEA Director-General Rafael Grossi said Ihor Murashov, the director general of the Zaporizhzhia nuclear power plant, was released and returned to his family.

Last week, Murashov was allegedly detained by Russian troops upon leaving the power plant facility in the town of Energodar.

People attend an event marking the declared Russia’s annexation of the Russian-controlled territories of four Ukraine’s Donetsk, Luhansk, Kherson and Zaporizhzhia regions, after holding what Russian authorities called referendums in the occupied areas of Ukraine that were condemned by Kyiv and governments worldwide, in Luhansk, Russian-controlled Ukraine, September 30, 2022.

Russia’s Duma, or lower house of Parliament, unanimously approved the annexation of the Ukrainian regions of Donetsk, Luhansk, Zaporizhzhia and Kherson although the borders of what Russia now claims is its territory remain unclear.

A statement from the Duma on Telegram said “the entry of the Donetsk, Luhansk people’s republics [self-proclaimed separatist regions], Zaporozhzhia and Kherson regions into the Russian Federation is the only way to save millions of people’s lives from the criminal Kyiv regime,” the Duma said, repeating baseless accusations against the government in Kyiv.

Russia’s annexation of four regions of Ukraine has been almost internationally condemned with Ukraine and its allies calling the move, after sham referendums in those occupied regions, illegitimate and illegal.

It’s also unclear where the boundaries are of Russia’s new so-called “territory” with none of the regions fully occupied by Russian forces.

Kremlin spokesman Dmitry Peskov told reporters today that the DPR and LPR (so-called “people’s republics in eastern Ukraine) will accede to the Russian Federation as they are but that Russia will consult with the residents of Kherson and Zaporizhzhia over where the borders of those regions are set.

Asked whether the parts of Kherson and Zaporizhzhia regions that are now under control of the Ukrainian army are Russian or Ukrainian territory, Peskov said “I have nothing more to add to what I said right now.”

Ukraine has vowed to retake all of its lost territory, with around 18% of the country currently occupied by Russian forces.

Ukrainian soldiers scavenge an abandoned Russian T-90A tank in Kyrylivka, in the recently retaken area near Kharkiv, on September 30, 2022.

Ukraine’s forces are gaining a foothold within liberated areas of the southern Kherson region, according to a spokeswoman for the southern military command.

Southern command spokesperson Natalia Humeniuk told reporters Monday that Ukraine’s forces in the south are “conducting battles and gaining a foothold within the areas which have already been liberated and those that are still keeping the defense.”

“Also, we continue working with local residents along the contact line, along the front line, in those settlements that are under enemy fire. About 45 settlements have been shelled over the past day,” Humeniuk told reporters, according to comments reported by news agency Ukrinform, with efforts underway to evacuate civilians.

Humeniuk also said that Russian troops are inspecting households in occupied areas of the region for men aged between 18 and 35 in order to call them up and replenish their military units.