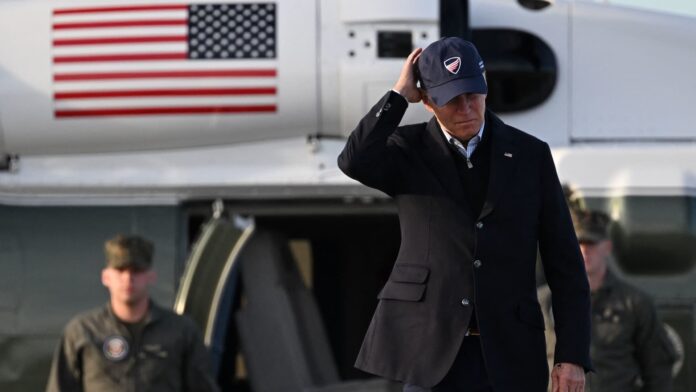 After the FBI found more classified documents at the Wilmington, Delaware, home of President Joe Biden during a consensual search Friday, legislators said Sunday that Biden’s actions were “unbelievable” and “irresponsible.”

Biden’s personal lawyer and a prosecutor disclosed the search, which lasted nearly 13 hours, Saturday evening. The discovery was the fourth time since November that classified records or materials have been found at a private address of Biden’s.

Attorney General Merrick Garland earlier this month appointed a special counsel to investigate Biden’s retention of government records after he was vice president.

Former President Donald Trump is under criminal investigation by another special counsel for taking hundreds of classified records and other government documents from the White House when he left office. Trump is also being investigated for possible obstruction of justice due to stonewalling efforts to prevent government officials from recovering those documents.

Most Americans think both Biden and Trump have handled classified material inappropriately, according to a poll released Sunday by ABC News. More than half of the public, 64%, said they believe Biden mishandled the classified materials, while 77% said the same of Trump.

The survey was conducted between Jan. 20 and 21, before the additional documents were disclosed Saturday, with a random national sample of 532 adults and a margin of error of 4.5 percentage points.

Sen. Joe Manchin, D-W.Va., said Sunday that Americans should wait and see what comes of the special counsel investigations before rushing to choose sides.

“It’s unbelievable how this could happen, it’s totally irresponsible and who’s at fault?” he said on CNN’s “State of the Union.” “But with that being said, putting it in a political kangaroo court’s not going to help. What should be done is exactly what Merrick Garland did with the special counsel.”

Sen. Chris Coons, D-Del., said he does not think Biden’s handling of classified material is an issue that is “keeping Americans up at night,” and he does not believe it will be a deciding factor in the next presidential election.

He said senior government officials have millions of documents come through their offices, and that Biden’s cooperation with authorities likely means his possession of classified materials was inadvertent.

“There is one important document that distinguishes former President Trump from President Biden — that’s a warrant,” Coons said. “It required an FBI search, a nonconsensual warrant-driven search to get the documents from Mar-a-Lago.”

Republican legislators are less convinced, as Rep. Mike Turner, R-Ohio, said he thinks Biden’s cooperation with authorities “looks more like a cover-up than an investigation.”

Rep. Michael McCaul, R-Texas, said a lot of unanswered questions remain, and he told CNN’s “State of the Union” Sunday that he plans to send a letter to Secretary of State Antony Blinken to get more information.

Share
Facebook
Twitter
Pinterest
WhatsApp
Previous article
Cybersecurity ETFs are struggling, despite their resilient promise
Next article
These stocks are cheap compared to the S&P 500 and are expected to see big earnings growth in 2023
RELATED ARTICLES
Politics

New York Fed President John Williams says a U.S. recession is not his base case