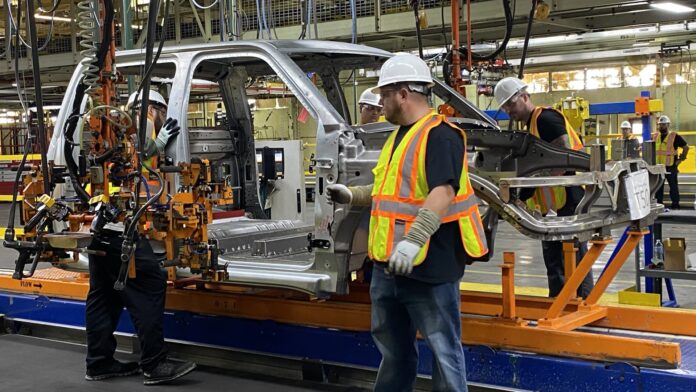 Embattled electric truck startup Lordstown Motors on Thursday reaffirmed plans to begin commercial production of its first vehicle this quarter and roll out the first customer deliveries by the end of the year.

Lordstown CEO Edward Hightower said production of the Endurance pickup will be slow and largely reliant on capital availability. He said the company only expects to produce about 500 vehicles through early 2023 — an extremely slow production ramp-up by industry standards.

The company said it will need to raise between $50 million and $75 million this year, down from previous expectations of $150 million. Lordstown will need additional capital in 2023, Kroll said.

Lordstown, alongside its second-quarter results, said its cash balance of $236 million at the end of the first half of the year was above internal expectations and extends the cash-strapped company’s runway — but isn’t enough to fund production.

The company reported its first quarterly operating profit of $61.3 million for the period ended June 30, despite not delivering any vehicles, on gains related to the sale of its Ohio factory to contract manufacturer Foxconn. The profit included a $101.7 million gain from the sale as well as an $18.4 million reimbursement of operating expenses from Foxconn.

Lordstown and Foxconn announced in November plans for the Taiwan-based company to purchase the facility and an agreement for the company to manufacturer the struggling startup’s Endurance pickup. The deal was announced as Lordstown was in need of cash, delaying production of its pickup and engulfed in controversy after the resignation of its CEO and founder Steve Burns earlier in the year.

Lordstown, which went public in October 2020, was among a group of electric vehicle startups to go public through special purpose acquisition companies, or SPACs, since the beginning of the decade. The deals were initially hailed by Wall Street and investors but controversies, product delays, lack of financing and executive shakeups have sent shares of most of the companies plummeting.

Lordstown was initially expected to be among the first, if not the first, company to release an electric pickup truck, with initial estimates as early as 2020. However, General Motors, Rivian Automotive and Ford Motor have all beat the company to market following internal problems and delays with the Endurance.

It’s not Apple or Tesla, but Inrix has data from 500 million vehicles