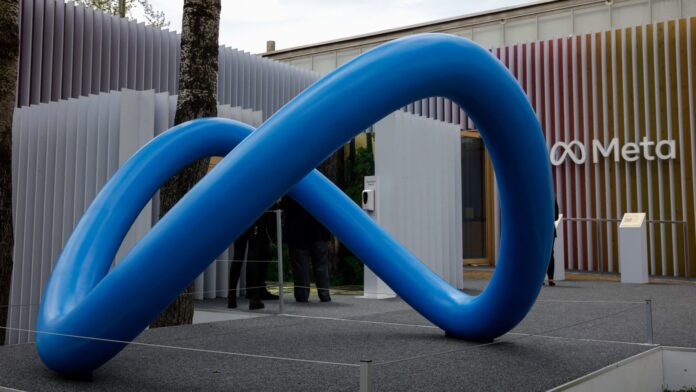 The Meta Platforms Inc. pavilion on the opening day of the World Economic Forum (WEF) in Davos, Switzerland, on Monday, May 23, 2022.

Shares of Facebook owner Meta were up about 6% Monday following a Wall Street Journal report over the weekend saying the company could start mass layoffs as soon as Wednesday.

In the first major reduction in headcount in the company’s history, the layoffs could impact thousands of employees, according to the Journal. The company said it had 87,000 employees as of the end of September.

A Meta spokesperson did not comment on the report but pointed to CEO Mark Zuckerberg’s comments Meta’s earnings call last month.

“In 2023, we’re going to focus our investments on a small number of high priority growth areas,” Zuckerberg said at the time. “That means some teams will grow meaningfully, but most other teams will stay flat or shrink over the next year. In aggregate, we expect to end 2023 as either roughly the same size, or even a slightly smaller organization than we are today.”

The company has seen its stock fall 72% this year as it’s tried to launch a new strategy focused on building the metaverse. Its market cap now sits below $260 billion.

4 takeaways from the Investing Club’s ‘Morning Meeting’ on Thursday

Shares of Mattel could see more than 30% upside on TV and movie releases, Goldman Sachs says