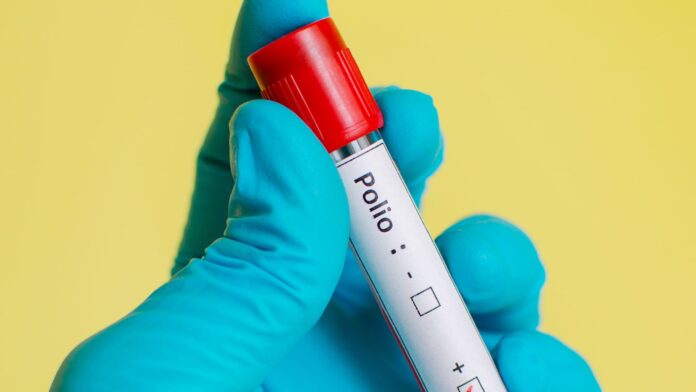 New York Gov. Kathy Hochul on Friday declared a state of emergency over polio to boost vaccination rates in the state amid further evidence that the virus is spreading in communities.

Poliovirus has now been detected in sewage samples from four counties in the New York metropolitan area as well as the city itself. The counties include Rockland, Orange, Sullivan and now Nassau.

The samples tested positive for poliovirus that can cause paralysis in humans, according to state health officials. Unvaccinated individuals who live, work, go to school or visit Orange, Rockland, Nassau, New York City and Sullivan are at the highest risk of paralytic disease, officials said.

New York began wastewater surveillance after an unvaccinated adult caught polio in Rockland County in July and suffered from paralysis, the first known infection in the U.S. in nearly a decade.

The emergency declaration will expand the network of vaccine administrators to include pharmacists, midwives and EMS workers in an effort to boost the immunization rate in areas where it has slipped.

New York State Health Commissioner Dr. Mary Bassett called on people who are unvaccinated to get their shots as soon as possible. Individuals and families who are unsure of their vaccination status should contact a health-care provider, clinic or the county health department to make sure they are up to date on their shots.

“On polio, we simply cannot roll the dice,” Bassett said. “I urge New Yorkers to not accept any risk at all. Polio immunization is safe and effective – protecting nearly all people against disease who receive the recommended doses.”

The polio vaccination rate is dangerously low in some New York counties. The vaccination rate is 60% in Rockland, 58% in Orange, 62% in Sullivan, and 79% in Nassau. The statewide average for polio immunization is about 79%, according to the health department.

Some New Yorkers who completed their vaccine series should receive a single lifetime booster shot, health officials said. These individuals include people who might have contact with someone infected or thought to be infected with poliovirus or members of their household.

Health-care workers should also get a booster if they work in areas where poliovirus has been detected and they might handle specimens or treat patients who may have polio. People who might be exposed to wastewater due to their job should also consider getting a booster, health officials said.

All children should receive four doses of the polio vaccine. The first dose is administered between six weeks and two months of age, the second dose is given at four months, the third dose at six months to 18 months, and the fourth dose at four to six years old.

Adults who have only received one or two doses should get the remaining one or two. Health officials said it doesn’t matter how long ago the first doses were given.