HomeTechnologynot pretty, but a lot of bad news is already priced in
Technology 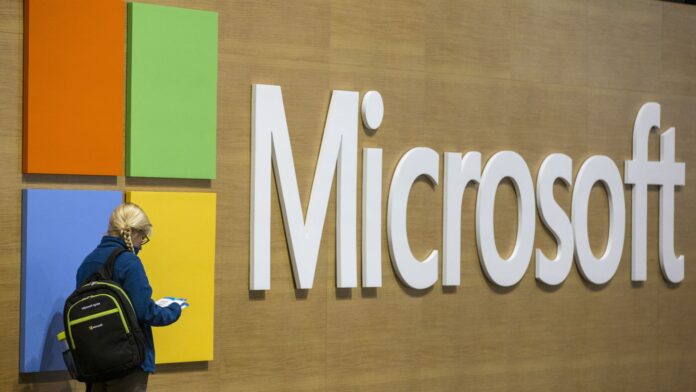 Well, that covers just about … everything. Microsoft earnings release cited a litany of issues: unfavorable foreign exchange, extended productions shutdown in China, a deteriorating PC market in June, reductions in advertising spending and scaling down Russian operations. It left out frogs, boils, locusts, lice and hail, so the press release does not quite rise to the level of biblical disasters, but you get the point. It was a pretty long list to account for the EPS and revenue miss. Cloud growth slowed, and video game sales were weaker as well. And still the stock is up. Wedbush analyst Dan Ives says: “Ultimately when the onion is peeled away from results, the most important core business, cloud and commercial bookings, was relatively rock solid despite fears.” That’s the point: A lot of bad news is already priced into Microsoft. Same with Alphabet, also an EPS and revenue miss, with the slowest revenue growth in two years. Tech earnings: it’s already a bear market. That’s the key to understanding the tech bounce overnight. With the exception of Apple, the five largest stocks in the S & P (all tech if you call Tesla a tech stock), as well as Meta and NVIDIA, are all underperforming the S & P 500 year to date: The S & P 500: Largest Tech Stocks (YTD) Apple -15% Microsoft -25% Amazon -31% Alphabet -27% Tesla -30% Meta -52% NVIDIA -43% The average decline of those seven stocks has been 31% this year. Collectively, those stocks comprise more than 30% of the market cap of the S & P, and yet the S & P is only down 17%. How is it possible the S & P 500 is down only 17% when 7 of the biggest stocks are down 31%? Because health care — especially pharmaceuticals — have been on a tear: Health Care in 2022 UnitedHealth +6% Johnson & Johnson + 2% Ely Lilly +20% Merck +19% And so have the few energy stocks that still matter (the S & P is market cap weighted, remember): Energy in 2022 Exxon Mobil +46% Chevron +25% ConocoPhillips +25% Occidental Petroleum +128% And because a few Consumer Staples companies have also done well: Consumer Staples in 2022 Hershey +12% Kellogg +12% Campbell Soup +12% Coca-Cola +8% That’s about it. Aside from a handful of utilities and a few steel stocks, you’d be hard pressed to name another sector that was in the green. Of course, just because tech has been in a bear market doesn’t mean it can’t go deeper in a hole. But there’s a difference between a tech recession and a nuclear winter. Are we really anticipating a nuclear winter in technology? Seems like a stretch. Some of these declines have been truly breathtaking. NVIDIA has been cut in half since hitting its historic high just last November. Its forward P/E ratio has gone from 68 in January to 31 today. That doesn’t mean we can’t go down more in the next two months. But a reasonable position would argue that if you are looking six months down the road, there is more potential upside in the highest quality names than there are downsides.