HomePoliticsNY AG delays depositions of Trump and two children after death of...
Politics 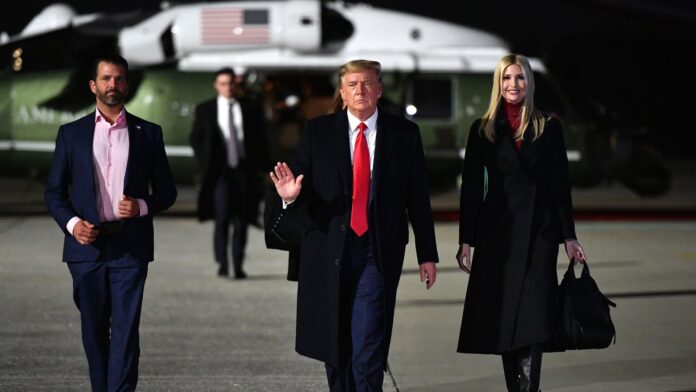 US President Donald Trump (C), daughter Senior Advisor Ivanka Trump and son Donald Trump Jr. (L) make their way to board Air Force One before departing from Dobbins Air Reserve Base in Marietta, Georgia on January 4, 2021.

The New York attorney general agreed Friday to temporarily delay depositions for former President Donald Trump and two of his adult children, Donald Trump Jr. and Ivanka Trump, due to the death of Ivana Trump a day earlier.

They had previously been scheduled to testify on Friday as part of New York Attorney General Letitia James’ civil investigation into the Trump Organization. The deposition date was moved to next week, Reuters reported Wednesday.

It was not immediately clear how long the depositions would be postponed in light of Ivana Trump’s passing.

“This is a temporary delay and the depositions will be rescheduled as soon as possible,” a spokeswoman for the attorney general’s office said in a statement. “There is no other information about dates or otherwise to provide at this time.”

Most, least expensive U.S. cities based on household spend, from Doxo