Paul Tremblay on Shyamalan, ‘Knock at the Cabin,’ ‘Pallbearers Club’ 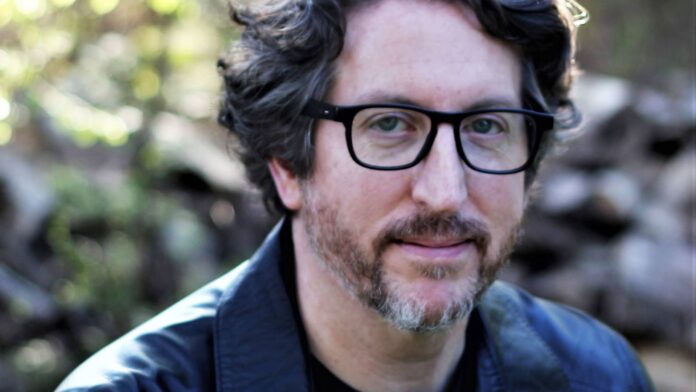 Want to hear a scary story?

It was 2015. Paul Tremblay, a New England math wiz with a couple crime novels to his name, was experiencing his big breakthrough in horror fiction. His book, “A Head Full of Ghosts,” an internet-era spin on the demonic possession genre, arrived in June to rave reviews. It would go on to win the Horror Writers Association’s Bram Stoker Award for best novel of the year. Stephen King, the master of horror, tweeted that it “scared the living hell out of me, and I’m pretty hard to scare.”

A Hollywood adaptation appeared to be right around the corner. Indeed, a month before “A Head Full of Ghosts” was published, production company Focus Features won an auction for the film rights. Robert Downey Jr.’s Team Downey was attached as a producer. Given the novel’s reality TV-heavy premise and its tense family drama, it seemed like a natural candidate for adaptation. A no-brainer.

It’s been in development hell ever since.

“I don’t know who first coined the following, but I’ll credit writer Chuck Wendig as I first heard him say it: In publishing, it’s no, no, no, no, until it’s yes. In Hollywood, it’s yes, yes, yes, until it’s no,” Tremblay told CNBC in an interview conducted through email.

Tremblay, 51, took the Tinseltown terror in stride, though. He and his wife have been raising two kids — one of them now a senior in college, the other a senior in high school. Tremblay also kept teaching math at a small private high school outside of Boston. (He will take his first sabbatical this coming year as he works on a novel due in May and pitches a film adaptation of one of his short stories.)

Tremblay’s works include “Survivor Song,” a novel about a deadly viral outbreak that happened to be published in summer 2020, just as the world was coming to grips with Covid-19 pandemic. His latest novel, the Hüsker Dü-infused “The Pallbearers Club,” about a teenage misfit who strikes up a friendship with a strange woman who may or may not be some kind of vampire, was published this month.

OK, so maybe it’s not such a scary story, after all — especially when you consider that one of Tremblay’s books has indeed been filmed for the big screen.

Director M. Night Shyamalan, the filmmaker behind twisty and disturbing hits such as “The Sixth Sense” and “Split,” just wrapped filming on an adaptation of Tremblay’s novel, “The Cabin at the End of the World.” The work focuses on a family besieged by apocalypse-obsessed strangers. The movie, titled “Knock at the Cabin,” is set to be released by Universal Pictures in February.

Here’s the Shyamalan-esque twist: After all that waiting, dealmaking and deal-remaking, Tremblay had to keep hush-hush about the movie’s source material. For months. Even after the film’s premise was revealed earlier this year, prompting many horror fans to say, “Gee, that sounds an awful lot like ‘The Cabin at the End of the World.”‘

Still, “Knock at the Cabin” – which features WWE star-turned-actor Dave Bautista, “Harry Potter” movie veteran Rupert Grint and Jonathan Groff, the voice of the “Frozen” movies’ Kristoff — may end up representing a sort of Hollywood beginning for Tremblay. A “Survivor Song” adaptation is in the works. And, yes, there is renewed hope for an eventual “Head Full of Ghosts” movie.

Tremblay is now clear to talk about “A Knock at the Cabin,” and he revealed to CNBC what it’s like to go from “cautious optimism to real-time excited” as his book was being made into a movie. The following interview has been edited for length and clarity.

How did you find out M. Night Shyamalan was adapting “The Cabin at the End of the World” into a movie? What ran through your head?

I signed an option with FilmNation in late 2017. The production team then went on a search for a director and other talent to attach. While another director was briefly attached, I’d heard that Night had read the screenplay and was interested in possibly producing. When it didn’t work out with the first director, Night was still interested in producing, which then became him wanting to rewrite the script and direct as well.

Of course, it was thrilling to hear that he was interested as I’ve enjoyed a number of his movies. At the time, though, given my prior experience with the ups and downs and the waiting game of development, I’d heard lots of exciting names attached to or interested in my prior novels and then things inevitably would fall apart.

When it became clear that not only was Night interested and attached, that the movie was in fact going into preproduction and then production, I then moved from cautious optimism to real-time excited.

How much did you work directly with Shyamalan? What’s his process like?

I have no contractual say over the screenplay or filming, but at the start FilmNation was great about keeping me in the loop with the early draft of a screenplay and asking my input. Much later, when we were introduced via phone, Night and I discussed the book and I answered a bunch of his questions about character and story, about why I did what I did. I can’t speak to his screenwriting process. I did get to visit the set and watch him and crew work for two days. I came away impressed with the positive creative atmosphere he engendered.

How did the actors respond to the material? How close did they come to your vision of the characters?

The actors were fully committed, engaged and emotionally connected to the story, and embodied the spirit of the characters from what I could see. Between shots, they asked me thoughtful questions about the book, and they were beyond generous with their time and attention. Getting to chat with them was one of my favorite parts of the set visit.

Shyamalan movies come with their own mystique, the way Alfred Hitchcock movies or, more recently, Jordan Peele movies have. How do you balance the marketing needs of the movie versus your own needs as an author looking to sell some books?

I honestly spent a chunk of my 2022 spring quelling internet rumors and putting out Twitter fires connecting the book and movie. It reached a point in early June where that became impossible, however, with all the information out there, including the IMDb page. I have been doing my part to be respectful of movie marketing desires and certainly wouldn’t dream of spoiling anything. Like the majority of adaptations, there will be story changes and differences compared to the book so my readers will still be surprised by the film.

No need to get into spoilers, but how did it feel to have your text adjusted for a movie that will, in large part, be someone else’s vision, as well?

I’ve always been fascinated by influence and the retelling of tales, particularly within the horror genre, a genre built on stories building off the stories and monsters that came before. Most of my novels, including “A Head Full of Ghosts,” riff on other films and novels. “The Cabin at the End of the World” is itself a reaction to the home invasion film subgenre. Most of me is excited and intrigued at the prospect of seeing my story reimagined or refracted on screen. But I’d be lying if I said I was egoless about the whole experience. This novel means a great deal to me. I lived inside the book for the year and a half I wrote it. Any story and character changes will be something I’ll have to deal with. A good problem to have, of course.

What has it been like waiting for something to come of “A Head Full of Ghosts?”

It has been a long wait for sure. The book has been under option since 2015. We’ve had many close calls, different directors and actors attached, a whole bunch of screenplay drafts, and like many projects, the pandemic derailed its momentum toward production. Luckily, the producers, Allegiance Theater and Team Downey, haven’t given up and remain committed to the book as well as communicating, being professional and honest with me, which I very much appreciate. We have a new director and screenplay, and it feels like we’re again getting close to something really cool being made.

How would you describe what it’s like to work with big studios and filmmakers versus working with the publishing industry?

No comment? Ha! I’m partially kidding. I don’t know who first coined the following, but I’ll credit writer Chuck Wendig as I first heard him say it: In publishing, it’s no, no, no, no, until it’s yes. In Hollywood, it’s yes, yes, yes, until it’s no.

Producing stories and art is not a science, clearly, and both industries have plenty of pitfalls, plenty of talented people and plenty of people who, let’s say, aren’t in it for the same reasons I’m in it. I’m just trying to navigate it all the best I can, advocating for the stories that feel important enough upon which to spend a year-plus of my writing life. I haven’t gone full Barton Fink. Yet.

Paul Tremblay’s novel “The Pallbearers Club” is displayed at Barnes and Noble in Woodland Park, NJ, on July 10, 2022.

Netflix has given several horror writers’ work a big platform. Take Adam Nevill’s “The Ritual,” for instance. How is the horror writer community reacting to recent warnings of cutbacks at streaming companies such as Netflix?

I haven’t been aware of a horror writing community-specific reaction to the financial shake-ups. I’ve heard more from friends who work in Hollywood and worry that studios and financers will take even fewer chances on stories that aren’t tentpole superhero blockbusters, will take less chances on horror stories that actually, you know, horrify. I’ve had multiple producers say to me that they’re looking for horror that isn’t grim and has a happy ending, which means they’re not really looking for horror. “Stranger Things” is fun and all, but we can’t make all “horror” into that. So many of us horror fans (most of the ones I know) also find hope and comfort in the horror that is grim and challenging.

How much do movies influence your work versus, say, music or other books?

Film was my first exposure to story. I spent my tween and teenage years watching and re-watching movies on cable and VHS. Three of my recent novels were directly inspired and informed by movies as well as novels. But I look to all the artistic modes you mentioned for inspiration. So many of my stories are inspired and informed by songs/lyrics, and my newest, “The Pallbearers Club,” is partly a love letter to ’80s punk and ’90s indie music.

Will we ever see a “Screenplay by Paul Tremblay” credit?

I hope we do, with the caveat that I don’t expect to be great or even good at writing screenplays right off the bat, or ever, being that it’s a format quite different than novels and short stories.

I’ve written a screenplay for my short story “Nineteen Snapshots of Dennisport.” It’s OK. Needs some work. I mentioned my short story adaptation group pitch earlier, and if “The Pallbearers Club” were to be optioned, I’d like to be in on the adaptation in an active capacity. Whether or not screenwriting opportunities arise, the Hollywood experience is all going into the next novel, though. I’ve already written about 60 pages. Muhahahahaha!

Disclosure: CNBC, Focus Features and Universal Pictures are all part of Comcast‘s NBCUniversal.