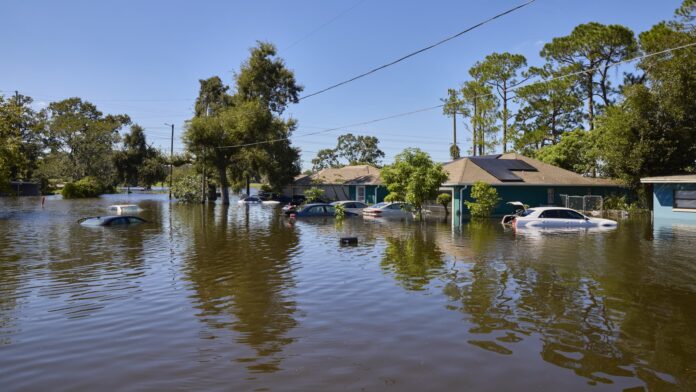 Days after Hurricane Ian hit Florida and the Carolinas, residents are struggling to navigate flooded roads and neighborhoods and federal emergency management officials are conducting major search-and-rescue efforts amid the destruction.

The recorded death toll from the storm surpassed 80 over the weekend and is expected to rise as floodwaters recede and rescue teams are able to access new areas.

In Florida, which took the brunt of the hurricane, roughly 600,000 homes and businesses were without power as of Monday morning, down from a peak of 2.6 million on Thursday, according to PowerOutage.us. More than 1,600 people have been rescued across the state, according to the Florida Division of Emergency Management.

President Joe Biden and first lady Jill Biden are traveling to Florida on Wednesday to assess the hurricane damage. Last week, the president said the destruction from Hurricane Ian is likely to be among the worst in the country’s history.

“We’re just beginning to see the scale of that destruction,” the president said during a briefing on Friday. “It’s likely to rank among the worst … in the nation’s history.”

An aerial picture taken on October 1, 2022 shows a broken section of the Pine Island Road and destroyed houses in the aftermath of Hurricane Ian in Matlacha, Florida.

People walk pass destroyed houses and businesses in the aftermath of Hurricane Ian in Matlacha, Florida on October 1, 2022.

A view from the area after Hurricane Ian hits Florida on September 30, 2022 in North Port, Florida, United States. The storm has caused widespread power outages and flash flooding in Central Florida as it crossed through the state after making landfall in the Fort Myers area as a Category 4 hurricane.

Sign reads ‘Loot and I Shoot’ outside of storm-damaged home in Naples, Florida

A sign reading, “Loot and I Shoot”, sits ourtside a storm-damaged home in the wake of Hurricane Ian on October 2, 2022 in Naples, Florida.

A fallen tree blocks Holt Street as Hurricane Ian and its remnants begins to arrive in Charlotte, North Carolina, on Sept. 30, 2022.

Man offers assistance to his neighbors in Orlando, Florida

A sign on Chris Bartonâs lawn offers assistance to his neighbors whose homes were flooded by rain from Hurricane Ian on October 1, 2022 in Orlando, Florida.

Collapsed Sanibel Causeway in the aftermath of storm in Sanibel, Florida

An aerial picture taken on September 30, 2022 shows the collapsed Sanibel Causeway in the aftermath of Hurricane Ian in Sanibel, Florida.

Vehicles and homes submerged in water in Orlando, Florida

Vehicles and homes submerged in water in a flooded neighborhood following Hurricane Ian in Orlando, Florida, US, on Friday, Sept. 30, 2022. Two million electricity customers in Florida remained without power Friday morning, according to the tracking site poweroutage.us. Photographer: Brian Carlson/Bloomberg via Getty Images