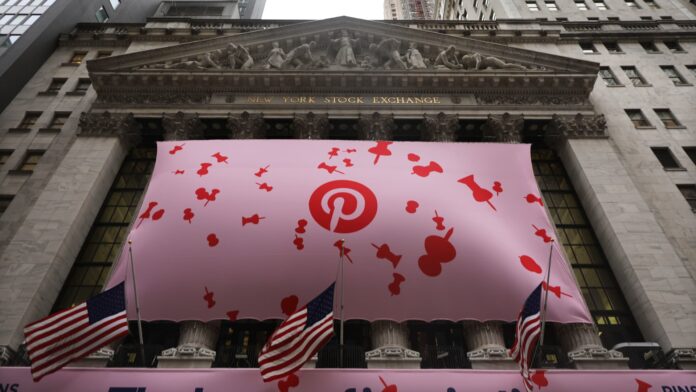 “There’s a lot we can do to help them take more action on that intent, whether that action is making, or doing, or in some cases buying. There’s a variety of ways that we can do that. It may not necessarily entail even a buy button all the time,” Ready said in an interview on “Mad Money.”

“I’ve used Pinterest for designing a home, for planning birthday parties. And these are all things where you get great ideas, and you don’t want necessarily buying to be shoved in your face. But when you see something you want to take action on, you want to be able to get to the way that you’re going to do that,” he added.

Pinterest announced Tuesday that Ready, who previously led Google’s commerce business, would assume the role of chief executive with co-founder Ben Silbermann stepping down from the role.

Silbermann, who now holds the newly created position of executive chairman, echoed his successor’s points about encouraging shopping on Pinterest.

“The company’s got a great pipeline of new products that are coming out from our investors and creators to some of the shopping things that Bill talked about. … I think that we’re in a really good position,” he said, pointing to the company’s recent acquisition of The Yes, an artificial-intelligence powered fashion shopping platform.

Pinterest beat on earnings and revenue in its first quarter, based on Refinitiv consensus estimates. While the company said it expects second-quarter revenue to increase about 11% from the year-earlier period, it cited headwinds including supply chain snarls and Russia’s invasion of Ukraine in its letter to shareholders.