HomeInvestingPinterest is a buy with new CEO and activist Elliott oversight, Susquehanna...
Investing

Pinterest is a buy with new CEO and activist Elliott oversight, Susquehanna says 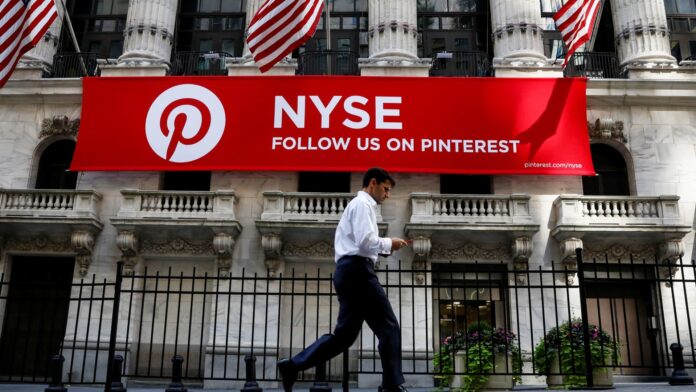 It’s time to buy Pinterest as investors can expect strong leadership from its new chief executive and activist involvement from Elliott Management, according to Susquehanna Financial Group. Analyst Shyam Patil upgraded Pinterest to positive from neutral, lowered estimates, and raised its price target, saying better management improves the outlook at the social media company. “While the fundamentals are still a bit choppy and there remains a lot of work ahead, we believe the new CEO and activist oversight combined with doable bogeys and an undemanding valuation have skewed the risk/reward to the upside,” Patil wrote in a Tuesday note. Patil raised the price target by 59%, to $35 from $22. The new price target is 75% above where shares closed Monday. At the same time, the analyst lowered 2022 and 2023 revenue estimates by 8% and 13%, respectively. Pinterest shares surged 18% in extended trading Tuesday following better-than-expected subscriber numbers in its second-quarter earnings report, despite also disappointing on earnings and revenue estimates. The social media company also issued lackluster guidance for the third quarter. Separately, confirmation that activist investor Elliott Management is the image-sharing company’s top investor was cheered by investors. Patil approved of the earnings report and the activist announcement, saying that Pinterest CEO Bill Ready’s plan to improve shopping on the platform “remains key” for the social media company, as does Elliott Management’s “conviction” in the firm. “We believe these new developments can improve execution and be positive catalysts for the stock,” Patil wrote. Other Wall Street firms were less rosy on the stock following its earnings report. Goldman Sachs, Morgan Stanley, Barclays, JPMorgan, Bank of America all had neutral, or neutral-equivalent, ratings on the stock. —CNBC’s Michael Bloom contributed to this report.

These could be the next hot food and drink trends