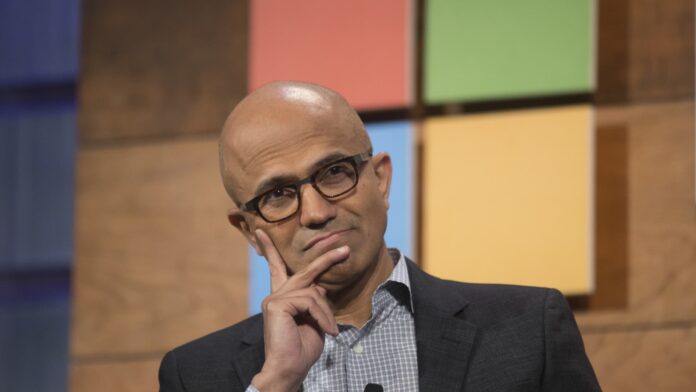 A strong U.S. dollar throwing off exchange rates could weigh on Microsoft’s results this year, according to Piper Sandler. The firm on Friday lowered its Microsoft price target by 11%, to $312 from $352 while keeping its overweight rating. Microsoft’s fiscal 2023 revenue estimate fell $3.3 billion as Piper assumes slower year-over-year growth, and the earnings-per-share forecast went to $10.30 from $10.51 due to currency headwinds and the potential for more moderate IT spending in the wake of high inflation and concern about a recession. The U.S. dollar has continued to strengthen and now stands at a 20-year high against the euro and near a quarter-century high versus the yen. That presents a potential earnings problem for U.S. companies with a lot of international sales, as sales denominated in euro or yen translate to fewer dollars. Microsoft cited unfavorable foreign exchange rates in its fiscal fourth-quarter earnings call in June. “Recall, Microsoft previously lowered the mid-point of revenue for the June quarter alone by $460M last month based on FX trends at the end of May,” a group of Piper Sandler analysts led by Brent Bracelin wrote in a Friday note. “Given 57% of incremental growth came from outside the United States last year, FX headwinds this year could negatively impact the FY23 growth outlook.” Still, Piper Sandler thinks Microsoft will outperform and prefers it over peers such as Oracle , according to the note. Its overweight rating is based on a strong balance sheet that includes more than $50 billion in net cash and strong operating cash flows of more than $90 billion annually. In addition, the cloud segment now accounts for 46% of revenue, protecting growth even in a downturn. “The Microsoft Cloud segment has reached a critical mass as it eclipses the $100B+ annualized run-rate this quarter, which should help insulate overall growth prospects for Microsoft,” Bracelin wrote. “Even assuming growth for Azure moderates to the low 40% and O365 moderates to the low- to mid teens, we still see a scenario where revenue can grow double-digits.” Those robust cash flows could also increase as much as 19% in the fiscal 2022 ended June 30, to $91 billion, giving Microsoft the option to either further strengthen its balance sheet, buy back more stock, increase dividend payouts or broaden the scope of mergers and acquisitions, according to the note. Microsoft shares are down almost 20% this year through Thursday’s close at $268.40.