HomeInvestingPiper Sandler says buy Freshpet as the stock can surge more than...
Investing 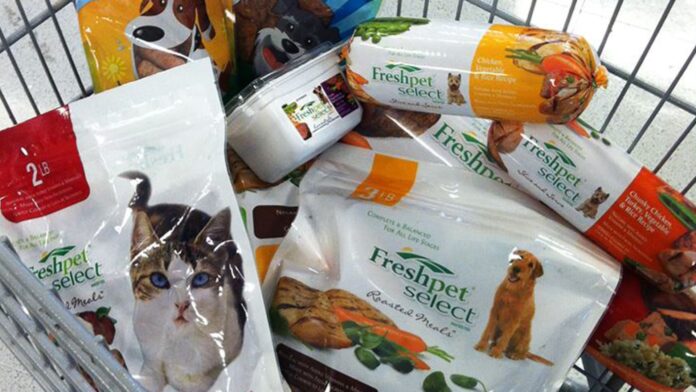 Freshpet is one of a kind in the pet food space, according to Piper Sandler. The firm initiated the company with a buy rating and a price target of $69, roughly 46% above the stock’s closing level on Wednesday. “Freshpet’s sales have had tailwinds as pet parents increasingly treat their pets like part of their human family and feed them accordingly,” analyst Michael Lavery wrote in a Thursday note. “Freshpet also over indexes with Gen Z and Millennials, two rapidly growing pet owner generations who are together projected to be almost 60% of dog households by 2025.” A runway for growth This continued trend should help drive further distribution momentum and sales gains, leading to organic revenue growth, according to Lavery. Freshpet could also get a boost from its new plant in Ennis, Texas, which the company expects to open later in the quarter. This plant will lift its sales capacity run rate to more than $1 billion and support roughly 52% gross margins once fully operational, according to Lavery. “The Ennis plant is designed to run continuously, vs. 12-hour shifts with overnight cleaning currently,” Lavery said. “If Freshpet can use about half of current cleaning downtime for extended runs, we estimate a ~50% lift to sales generated from Ennis and a potential ~500-600bps EBITDA margin lift.” So far, Freshpet has boosted its prices twice this year, and volumes have held up well. It could further lift prices in the future to help its gross margins, according to Lavery. “Its brand spend is roughly twice the average of our coverage, building equity that supports pricing power,” he said. One spot to watch One area of concern for Lavery when it comes to Freshpet is the consensus second-half 2022 EBITDA, where the pacing looks off. “We expect 3Q22 EBITDA margins to improve, as 2Q22’s one-time quality issue costs go away, fuel and freight rates decline (vs. 2Q22), and truck fill rates improve,” he said. “However, media spending will likely remain elevated until 4Q22 (when modest additional pricing also gives a small lift).” This phasing doesn’t appear to be reflected in Wall Street’s estimates for the company – thus, Piper Sandler expects margins will be lower in the third quarter of 2022 and higher in the next quarter. —CNBC’s Michael Bloom contributed to this report.