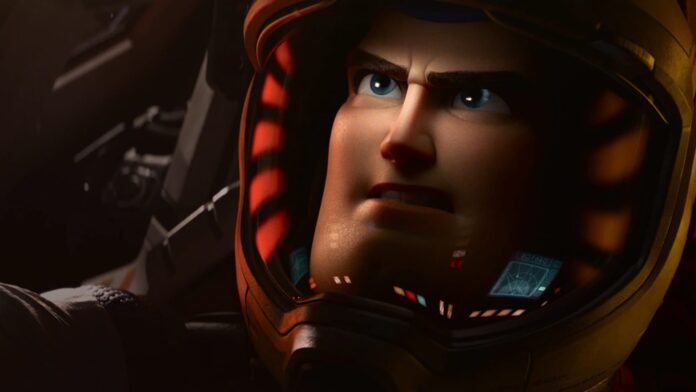 Pixar’s “Lightyear” rocketed to a $51 million domestic opening, the best performance of an animated feature since the pandemic began.

The animated film’s performance, while strong for a pandemic release, falls short of expectations. Box office analysts had foreseen “Lightyear” bringing in between $70 million and $85 million domestically.

Expectations were high because the last two films in the Toy Story franchise both opened to more than $100 million in ticket sales, according to data from Comscore. “Toy Story 4” in 2019 topped $120 million in its domestic debut and “Toy Story 3” generated more than $110 million during its opening 2010.

“‘Lightyear” had a great deal of potential on paper, but a number of factors resulted in this very rare box office misfire for a Pixar release,” said Shawn Robbins, chief media analyst at BoxOffice.com.

It’s unclear if tough box office competition with Universal’s “Jurassic World: Dominion,” which generated $58.6 million over the weekend, and Paramount and Skydance’s “Top Gun: Maverick,” which secured another $44 million, was the reason for “Lightyear’s” smaller-than-expected opening or if consumers were confused about the film release.

After all, there has not been a theatrical release of a Pixar film since 2020’s “Onward.” The last three from the animation studio, “Soul,” “Luca” and “Turning Red,” were all released on streaming service Disney+.

“Did the film open in a market too crowded with male-driven films?” Robbins asked. “Was marketing ineffective at pitching the idea of this movie to both generations of Toy Story fans? Has Disney’s strategy of siphoning Pixar movies straight to streaming over the past two years backfired and hurt the brand’s value?”

“These are just some of the valid questions we, and especially Disney, have to consider,” he said.

Robbins noted that moviegoing has clearly rebounded in 2022, drawing in demographics that have been reticent to return previously. Yet, one of the most reliable franchises from pre-pandemic times missed expectations.

“This was a good old-fashioned summer holiday movie weekend that saw three films earning more than $40 million as the competition for the attention of moviegoers heats up,” said Paul Dergarabedian, senior media analyst at Comscore. “Newcomer ‘Lightyear’ will now rely on a longer trajectory in theaters in the wake of a debut that has left some underwhelmed.”

Dergarabedian said word of mouth should help draw families to the theaters in the coming weeks ahead of the release of Universal’s “Minions: The Rise of Gru.”

Disclosure: Comcast is the parent company of NBCUniversal and CNBC. NBCUniversal is the distributor of “Jurassic World: Dominion” and “Minions: The Rise of Gru.”