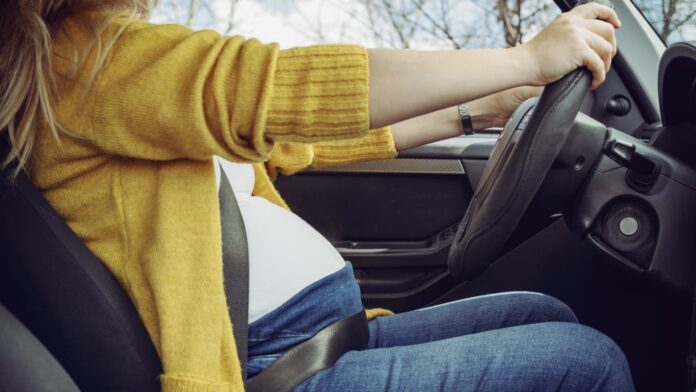 A pregnant Texas woman said her unborn baby should count as a second passenger in her vehicle after she received a ticket, citing Texas’ penal code in the wake of Roe v. Wade’s being overturned.

Brandy Bottone, 32, of Plano, was pulled over June 29 after she drove in an HOV lane, or high-occupancy vehicle land, NBC-Dallas Fort Worth reported. Bottone was stopped by the Dallas County Sheriff’s Department, which was looking for drivers violating the HOV lane rules.

The HOV lane requires drivers to have at least one passenger in their cars when they use the lane.

When a sheriff’s deputy told Bottone about the rule, she said she did, in fact, have a second occupant in her car — her unborn baby.

“I pointed to my stomach and said, ‘My baby girl is right here. She is a person,'” Bottone told The Dallas Morning News, which first reported the story.

The officer responded that the rule applies to “two people outside of the body.”

Bottone, who was 34 weeks pregnant at the time, told the officers that with the overturning of Roe v. Wade, her unborn child now was recognized as a living person. The U.S. Supreme Court overturned Roe v. Wade on June 24.

‘And then I said, ‘Well [I’m] not trying to throw a political mix here, but with everything going on, this counts as a baby,'” Bottone told NBC-Dallas-Fort Worth.

Bottone told The Morning News that the officer told her he didn’t “want to deal with this” and insisted that the law for HOV lanes required there to be “two persons outside of the body.”

Representatives for sheriff’s department and the state Transportation Department didn’t immediately respond to requests for comment.

Deputies told Bottone that if she fought the ticket, it would likely be dismissed. She plans to fight the $215 ticket with the argument that her in-utero baby should count as another occupant of her vehicle.

“This has my blood boiling. How could this be fair? According to the new law, this is a life,” Bottone told The Morning News. “I know this may fall on deaf ears, but as a woman, this was shocking.”

What the proposed ban on noncompete clauses means for you