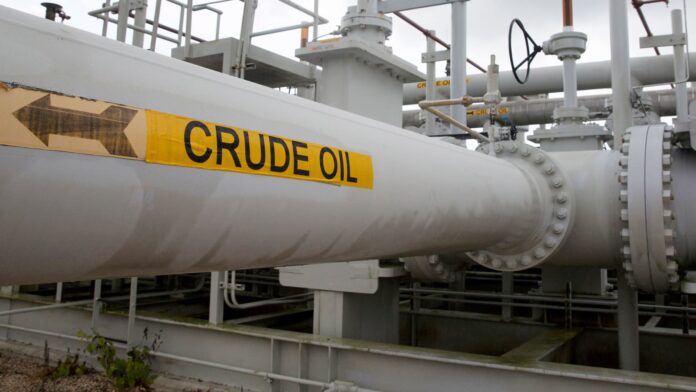 The energy sector has been a rare bright spot this year — one of just two sectors on the MSCI World Index that are in positive territory. The sector is up about 15% this year, outperforming the wider index, which has declined about 20% in the same period. After steep declines at the peak of the Covid-19 pandemic, oil prices have spiraled in recent months, as refining capacity failed to keep pace with a resurgent economy. Russia’s invasion of Ukraine drove oil prices even higher, with sanctions hitting Russia’s ability to export its crude and refined products to Europe and beyond. In the U.S., President Joe Biden ordered the unprecedented release of 180 million barrels of oil from the U.S. Strategic Petroleum Reserve and called on other countries to do the same in an effort to drive down prices. Biden has also urged U.S. oil refiners to ramp up output, saying they need to help alleviate the burden of high prices on consumers, while slamming “well above normal” refinery profit margins as “unacceptable.” Oil producer group OPEC and its allies have committed to increase overall monthly production to 648,000 barrels per day for July and August, but concerns over the spare capacity of OPEC+ members mean the oil market is likely to remain tight as demand continue to outweigh supply. Hedge fund manager David Neuhauser said the energy sector is a favorite of his as he doesn’t expect oil prices to come down any time soon. “I think Brent oil can go to $175 a barrel … almost 50% higher,” said Neuhauser, the founder and chief investment officer of Livermore Partners, in an interview with CNBC. “They are hard assets, they’re true and they’re tangible,” he said. “They’re used in the global economy every single day. They’re scarce. Everything’s cyclical, of course, but unlike past cycles, this cycle looks like it’s going to be a lot longer dated than others.” Brent crude futures, the global benchmark, traded at just over $111 a barrel on Friday, while West Texas Intermediate crude futures, the U.S. benchmark, stood at about $108. A fan of small-cap energy firms, Neuhauser’s fund has stakes in oil and gas exploration and production firms Vista Energy and Jadestone , as well as Canada’s Kolibri Global Energy . He often takes an activist approach with his investments. “There are still too many small-and-mid names out there where the executives think they have a game plan and eventually it’s all going to work out. But I think sometimes you have to push them into doing deals,” he said. One example is Jadestone, a company that Neuhauser invested in six years ago, when it was valued at $30 million. Today, it’s worth several times that amount and is generating more than $100 million a year in free cash flow, he said. Bank of America strategist Savita Subramanian also expects oil prices to stay higher for longer. The bank’s base case for Brent and WTI are $104 a barrel and $100 a barrel in 2022, respectively. “Our commodity strategists expect that a sharp contraction in Russian oil exports could trigger a full-blown 1980s-style oil crisis … pushing Brent well past $150/barrel,” Subramanian said. China’s economic reopening should also boost oil consumption and provide further upside to prices, she said. China’s once red-hot economy has suffered a slowdown amid successive Covid-19 lockdowns, but a rebound could now be on the horizon. China’s official manufacturing Purchasing Managers’ Index came in at 50.2 in June, the first time it has crossed the 50-point mark since February, according to data from the National Bureau of Statistics. A reading above the 50-point mark indicates growth in the sector. “China was a 14 million a day consumer [prior to the lockdowns],” Dan Pickering, founder and chief investment officer of Pickering Energy Partners, told CNBC. “Rough numbers say that China has had about 1 million barrels a day shut-in with their rolling Covid issues but some of that has come back on in the past month. We would expect reopening activity will move that demand number back toward 14 million barrels a day.” “If China tries to accelerate its economy, we may look at $120 a barrel and say it’s cheap,” he added. One wild card is economic. Months of higher energy prices have driven up prices for all sorts of goods and there are signs the U.S. economy is slowing. If that plays out, oil prices could ease as demand slows. When it comes to stock picks, energy companies “still look cheap,” Pickering said, adding that many are trading at “very attractive forward multiples.” He likes oilfield services provider Schlumberger , which he said is trading down about 30% from its May high and at a price of about 13 times 2023 earnings. He also favors a number of oil exploration firms, all of which are now trading around 30% from their recent highs, according to Pickering. These stocks also enjoy a low EV/EBITDA ratio and high free cash flow yield, he added. The EV/EBITDA ratio — or enterprise value to earnings before interest, taxes, depreciation, and amortization — compares the value of a company, with debt included, to its cash earnings less non-cash expenses. The stocks are Devon Energy , Diamondback Energy and Antero Resources , which are trading at below four times their 2023 EV/EBITDA multiples. Goldman Sachs has also identified several buy-rated energy stocks with environmental, social and governance attributes as a core part of their investment highlights. These include Norwegian aluminum and renewables firm Norsk Hydro , Norwegian hydrogen producer and distributor Nel and Spanish oil and gas firm Repsol . Shares in Repsol are up nearly 40% this year. The stock closed at 13.9 euros ($14.50) on Thursday, which implies a potential upside of 36.7% to Goldman’s price target of 19 euros. Norsk Hydro and Nel are down about 14% and 21%, respectively, but remained buy-rated by Goldman. The firm has price targets of 112 Norwegian krone ($11.30) for Norsk Hydro, and 21 Norwegian krone for Nel.

Watch all of Wednesday’s big stock calls on CNBC

As tech companies pull back from Russia, China looks on with concern