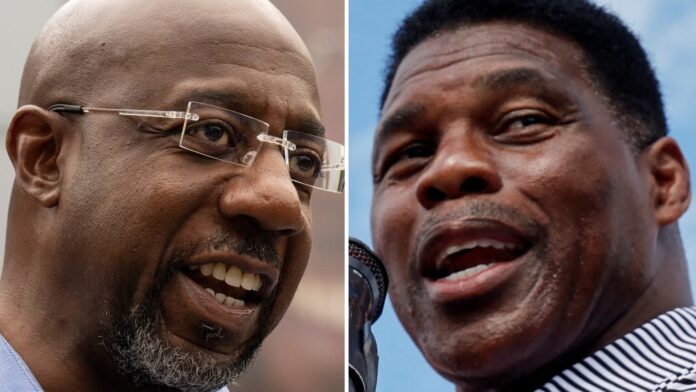 Warnock, who is trying to defend his seat in a tight race, had just over $29 million on hand as of Nov. 16. Walker, a former NFL player and favorite of ex-President Donald Trump, had over $9.8 million on hand heading into the final weeks of the election.

The filings show fundraising data for each candidate from Oct. 20 — days before the midterm elections —through Nov. 16. Warnock’s campaign raised $52 million during that time period, compared with Walker’s nearly $21 million, records show.

The runoff election is scheduled for Dec. 6. The battle between Warnock and Walker went to another round after neither contender garnered the 50% of the vote needed to clinch the seat outright under state rules in the Nov. 8 midterms.

Warnock is leading Walker by 4 percentage points, according to an AARP poll.

Democrats will hold Senate control in the next Congress with at least 50 seats. The Georgia race will determine whether they can gain an outright majority — and likely rely less often on Vice President Kamala Harris’ tiebreaking vote.

Mortgage demand falls even further, as rates shoot back up to July highs