Retail traders are snapping up these 10 stocks, Vanda Research says 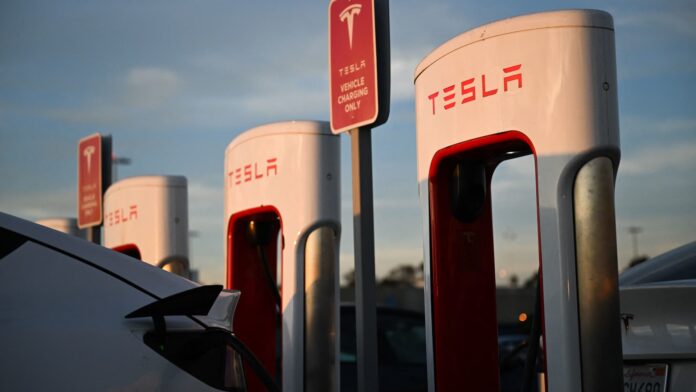 Retail investors have driven the recent equity market rebound and are buying some big names in the process, according to Vanda Research. Marco Iachini, the firm’s senior vice president, said retail traders have poured into the market while institutional investors stay on the sidelines given the volatility. However, he did note retail investors could sell losing stocks to offset capital gains and save on their taxes in December. This is a historical trend that’s tied to the end of the calendar year. “With most institutional investors still on the sidelines, and the end of the tax year approaching, retail traders have continued pouring into US securities at a high clip of US$ ~1.25bn/day in the past month,” he said in a note. “However … tax-driven selling may see some retail dynamics shift during these last weeks of the year.” Still, retail investors are buying into some stocks as the end of the year nears. Here are 10 of the most-bought stocks, according to Iachini. The stock investors snapped up the most over the past five days was Tesla , with investors spending $403.12 million in net retail purchases, which takes total investments and subtracts any sales. It comes despite growing concern over the stock’s recent performance as CEO Elon Musk makes waves with his purchase of Twitter. Citi upgraded the stock to neutral from sell this week, noting the lower price gives it a more “balanced” risk for investors. After the Twitter deal, Musk sold at least $3.95 billion worth of Tesla stock . Shares have fallen about 48% in 2022. Disney was another popular buy with retailer traders making a net purchase of $91.73 million. The largest amount of buying came on Monday at $68 million on news that former CEO Bob Iger would replace Bob Chapek , Vanda found. Iachini said retail investors wanted to “chase the move higher” as shares got a boost on the news. Despite the recent gains, Disney has lost 36% this year. He also noted retail investors are keeping faith in crypto despite the collapse of FTX that has increased uncertainty about the stability of the entire industry. Coinbase , which is down 82% this year, was one of the most popular stocks among retail investors this past week. Retail traders snapped up shares to the tune of $30.25 million, Vanda found.

‘Forget the past three years’

Powell will stop inflation by ‘any means necessary’