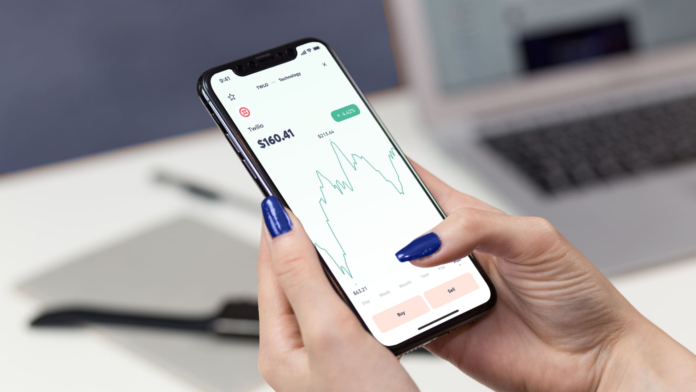 Lightyear, a European challenger to trading platform Robinhood, has raised $25 million of funding in an investment round backed by British billionaire Richard Branson.

Silicon Valley’s Lightspeed Venture Partners led the deal, the company told CNBC exclusively — a rare vote of confidence for an upstart brokerage at a time when global stock markets are deep in the red.

“For too long, financial markets have been overly complex with high barriers to entry and confusing jargon,” Branson said in a statement shared with CNBC.

“Martin, Mihkel and the Lightyear team are lifting the lid on the world of investing – making it more transparent whilst empowering people through education – to choose the products which are right for them.”

The air and space travel tycoon took an undisclosed stake in Lightyear through his conglomerate Virgin Group.

It’s still a young start-up, having only launched in the U.K. in September. But Lightyear has ambitious expansion plans.

The firm will launch its app in an additional 19 European countries including Germany and France Thursday, expanding its footprint to the euro zone. It’s aiming to launch in non-euro countries like Sweden and Norway next.

The deal shows how there’s still ample investor appetite for an investment app focused on Europe, even as Robinhood faces a lull in trading volumes stateside, according to Nicole Quinn, general partner at Lightspeed.

“Retail investing last year more than doubled in the U.S. Up to a fifth of all trades are retail investors in the U.S.,” she told CNBC. “We believe that Europe is heading in that direction.”

Still, the cash injection comes at a difficult time for equity markets, which have tumbled in response to fears of a looming recession — Robinhood is down roughly 78% from its IPO price.

“The markets going up, down or sideways doesn’t impact us too much because we’re building something that takes an awfully long time,” he said in an interview.

Though Europe may be behind the U.S. when it comes to the prevalence of retail trading, the region has become increasingly crowded with various online trading apps on the hunt for clients.

Lightyear faces competition from both established brokers like Hargreaves Lansdown and AJ Bell and fintechs such as Revolut, Freetrade and eToro. Meanwhile, Robinhood has also signaled its intention to enter the European market, although with a focus on crypto rather than shares.

The company previously tried to launch in the region some years ago, but scrapped the plans to focus on its home market instead. It has since agreed to acquire U.K.-based crypto exchange Ziglu.

Investors have soured on high-growth tech companies like Robinhood lately over concern that their loss-making business models may not endure a deteriorating economic climate marked by rising inflation and tighter monetary policy.

Lightyear isn’t yet profitable. Right now, its main source of income is a flat 0.35% on currency conversions for trading in foreign shares.

Sokk says the firm plans to eventually diversify its revenue stream with additional features, including a paid subscription service that’s set to launch later this year.