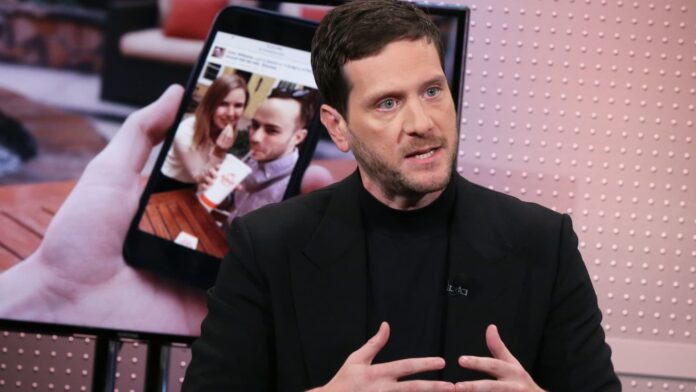 Howard Lerman is tired of sitting in Zoom meetings.

The former Yext CEO has spent over a year creating Roam, a new kind of virtual office software that allows employees to communicate less formally and more efficiently.

Roam functions like an office building in the cloud, and a beta version of the platform launched Wednesday morning. Employees appear in virtual rooms or “offices,” and people can drop by at the click of a button — much like they can stop by a physical office space.

Employees have a bird’s-eye view of their “floor” in a Roam HQ. People can see who is in each virtual room as well as who is working remotely, who is in a physical office and who is in the field. Some rooms have audio-only capabilities, and some have options for both video and audio, like a traditional videoconference.

Lerman told CNBC that Roam can bring all their employees to one place, even if companies operate remotely in offices around the globe or use a hybrid model. And by giving employees easy access to their co-workers, companies can dedicate less time to formal meetings.

A floor map in a Roam HQ.

Lerman was inspired to found Roam after he accidentally forgot to invite a co-worker to a large Zoom call, he said. He realized there was no way for an outsider to tell that people were meeting, so he decided to create a platform that gives employees more visibility.

If a company needs to hold an all-hands meeting or watch a staffwide presentation, they can send employees to a room that mimics a theater and has the capacity to hold thousands of people at a time.

Companies can customize their HQ to fit their needs by creating floor plans, choosing who “sits” where and determining the number of “floors” they need. Employees can also make the platform their own by adding profile pictures and customizing a “shelf” in their office with photos.

Lerman has even customized his own entrance music.

“It’s very important when you’re running a big company to have your own entrance music,” he said.

Employees can enter a theater in Roam to attend company-wide meetings and presentations.

Lerman raised $30 million in Series A funding in partnership with Jules Maltz at IVP, according to a release. He also contributed $10.6 million of his own money, bringing Roam’s fundraising total to $40.6 million.

Lerman said in the release that he looks forward to partnering with Maltz and IVP for a second time.

Roam’s pricing model is going to be usage-based, he said, which means it will only charge for active users in a month.

“I think it’s much more company friendly to do it that way,” Lerman said.

Companies can use Roam on an invite-only basis during the beta period, and Lerman said there is a waitlist. Roam will strive to add about a dozen companies a month to the platform for the next six months.

American Express, Verizon, Snap and others