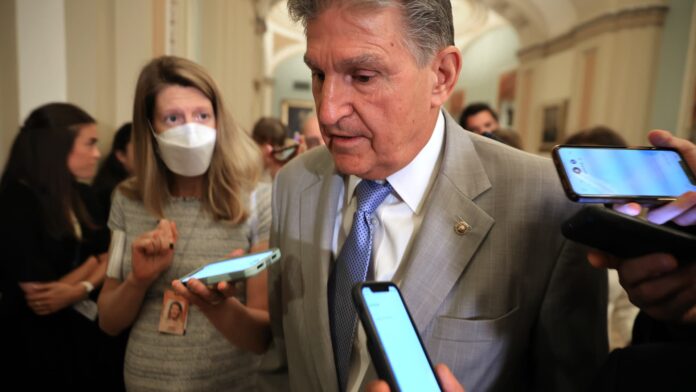 Sen. Joe Manchin (D-WV) talks to reporters as he leaves the the Senate Democrats weekly policy luncheon at the U.S. Capitol on July 20, 2021 in Washington, DC.

The bill would invest more than $600 billion over 10 years, to be fully paid for by closing tax loopholes on the richest Americans and corporations, the senators said in a joint statement.

The reconciliation package, which Democrats hope to pass without needing GOP votes, was revealed hours after the Senate passed a bipartisan bill aimed at boosting U.S. competitiveness with China by subsidizing the domestic production of semiconductors.

Senate Minority Leader Mitch McConnell, R-Ky., had previously warned that Republicans would not back that China competition bill if Democrats continued to pursue an unrelated reconciliation legislation.

5 things to know before the stock market opens Friday, Sept. 2