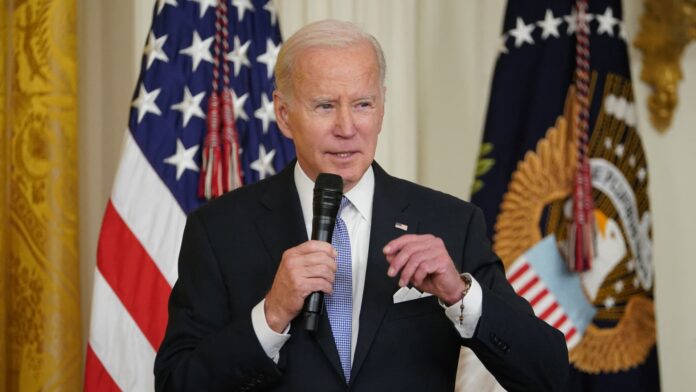 Some of the classified documents and “surrounding materials” dated from Biden’s tenure in the Senate, where he represented Delaware from 1973 to 2009, according to his lawyer, Bob Bauer, who said the DOJ was invited to conduct the search.

And “some of” the documents” were from his tenure as vice president in the Obama administration, from 2009 through 2017, Bauer said.

In addition to those records, the DOJ also seized some notes that Biden had personally handwritten as vice president, according to the lawyer.

The documents join other classified government records previously discovered this month at Biden’s Wilmington residence, and on Nov. 2 at a private office that he kept at a Washington, D.C., think tank after ending his tenure as vice president in the Obama administration in 2017.

The documents discovered before Friday’s search by the DOJ were all found by Biden’s lawyers, the White House has said.

The latest search was the first time revealed publicly that federal law enforcement authorities have conducted a search for government documents at Biden’s private addresses.

Attorney General Merrick Garland earlier this month appointed a special counsel to investigate Biden’s retention of government records after he was vice president.

Former President Donald Trump is under criminal investigation by another special counsel for taking hundreds of classified records and other government documents from the White House when he left office. Trump is also being eyed for possible obstruction of justice by stonewalling efforts by government officials to recover those documents.

By law, presidents and vice presidents must return government documents to the National Archives and Records Administration when they leave office.

The White House for weeks has been criticized for how it has handled the disclosure of the discovery of the documents, and the search for more documents after the initial batch of a small number of classified records was found on Nov. 2 at the Penn Biden Center for Diplomacy and Global Engagement in Washington.

That first discovery came six days before the midterm elections when the balance of political party control of both chambers of Congress was a stake.

The White House waited until this month to reveal that discovery.

Bauer, in his statement Saturday said that the president’s legal team offered to provide “prompt access” to Biden’s private residence “to allow DOJ to conduct a search of the entire premises for potential vice-presidential records and potential classified material.”

He said that the offer was made “in the interest of moving the process forward as expeditiously as possible.”

“DOJ requested that the search not be made public in advance, in accordance with its standard procedures, and we agreed to cooperate,” Bauer said.

He said that on Friday, the “DOJ completed a thorough search of all the materials in the President’s Wilmington home.”

“It began at approximately 9:45 AM and concluded at around 10:30 PM and covered all working, living and storage spaces in the home,” Bauer said. “By agreement with DOJ, representatives of both the personal legal team and the White House Counsel’s Office were present.”

More than half of Americans live paycheck to paycheck amid inflation

Airline complaints nearly tripled in May from same month in 2019