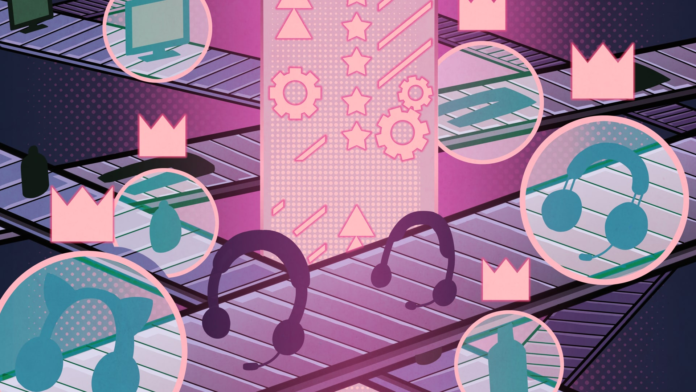 The Shopify application for download in the Apple App store on a smartphone arranged in Brooklyn New York, on Wednesday, Feb. 16, 2022.

In this weekly series, CNBC takes a look at companies that made the inaugural Disruptor 50 list, 10 years later.

Shopify‘s pandemic boom is finally over.

After over two years of Covid and a pandemic-prompted stock surge of over 347%, the e-commerce giant is finally tightening its belt. On Tuesday, Shopify announced layoffs for 10% of its workforce, and less than a day later, the company reduced its financial outlook for the rest of the year. The resulting stock plunge places Shopify shares 79% off their pandemic highs.

1,000 employees lighter, Shopify CEO Tobias Lutke is hoping to navigate today’s market environment with minimal damage. It’s the largest labor cut in the company’s history, but it isn’t the first time Lutke has shifted into ‘survival mode.’ During the financial crisis of 2008, with only nine employees and two years under his belt, Lutke weathered his first downturn.

At the time, Shopify refocused on its core mission: helping up-and-coming entrepreneurs realize their visions. This Wednesday, CFO Amy Shapero hinted at a similar strategy. She told analysts and shareholders on the earnings call, “For the remainder of 2022, we expect to reduce spend in lower priority areas and non-core activities.”

Shopify’s definition of a “non-core activity” may have changed since its inception in 2006. Since then, the company has launched B2B services for merchants selling wholesale, partnerships with YouTube influencers and celebrities, and even a strategy for NFTs called ‘tokengated commerce.’

Other e-commerce players have evolved their missions and revenue streams over the years: in the 16 years since Shopify’s launch, Amazon became a major player in streaming and media, and now relies on its cloud business for a good chunk of its revenue. Fanatics, another CNBC Disruptor 50 company, has stayed closer to its original mission, relying on an aggressive M&A strategy to pursue market dominance in sports merchandise. For Fanatics, ‘merchandise’ in 2022 includes digital goods and NFTs, which keeps its Candy Digital vertical aligned with its original mission.

In the ten years since being named to that Disruptor 50 list, Shopify has explored international markets as well as digital payments, investing in buy-now, pay-later company Affirm, which made the annual Disruptor 50 list twice before going public in 2021. Shopify also acquired Deliverr in an effort to narrow its competition with Amazon, and as of 2021, the company marked five years of profitability. 16 years and a $42 billion market cap after launch, Shopify merchants account for 10% of all U.S. e-commerce sales.

Shopify’s growth has consistently served that original, entrepreneur-first mission, and the strategy has paid off: in 2008, that mission kept the company afloat, and in 2020, it’s what pushed Shopify stock up nearly 350%. For traditionally in-person retailers, Shopify’s software became a lifeline mid-pandemic. For companies already using Shopify, doubling down on their online presence with more of Shopify’s tools was a no-brainer.

Shopify was one of the pandemic’s biggest Wall Street winners, but when the company warned in February of 2022 that the boost would fade, the stock began a downward slide. This week’s earnings miss and layoff announcement pushed shares even further off the highs, as Shapero blamed inflationary pressures for leaner times to come.

Moving away from the metaverse?

The vertical most likely to feel the squeeze of these leaner times will be one that least serves the original mission.

Shopify’s efforts in the metaverse have largely been focused on ‘tokengated commerce,’ or leveraging NFTs for a purpose, rather than for a collection. An NFT serves as a ticket to an event, sale, or brand experience, deepening merchants’ digital presence and, aligning with most brand strategies when it comes to the metaverse, keeping them relevant in online discourse.

But if the company is concerned about inflationary pressures on American wallets, execs will likely consider whether consumers paying record prices for groceries and gas will shell out enough on digital experiences to merit continued spend in that area. Likely, the venture has a longer timeline for ROI, which puts it at risk. On Shopify’s earnings call, Shapero warned that in a softer consumer environment, the company will focus on “activities with shorter payback periods.”

In a conversation with Bessemer, one of Shopify’s venture backers, Lutke likened market disruptions like the 2008 recession and the current pandemic to “shaking a tree and seeing what falls off.”

With a $42 billion market cap and thousands of merchants across 175 countries, the Ottawa-based company might have to give a much larger shake than it did during its first market downturn.

Inside the holiday season fitness fight