HomeBusinessStock futures rise after the S&P 500 closes in an official bear...
Business 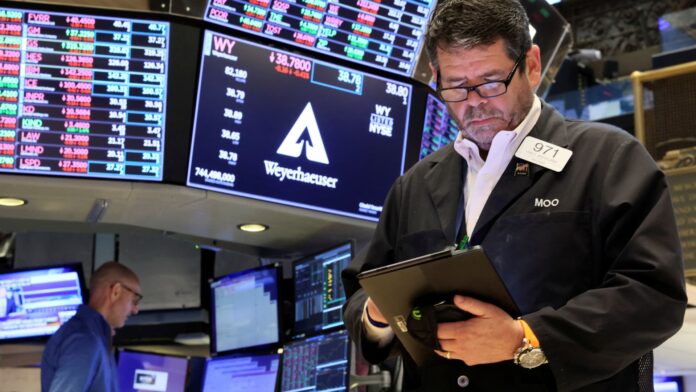 U.S. stock futures rose on Monday night after the S&P 500 dropped back into bear market territory ahead of the Federal Reserve’s two-day policy meeting this week.

Those moves came after intense selling of stocks during the regular session on Wall Street. The S&P 500 slumped 3.9% to its lowest level since March 2021, and falling more than 21% from its January record.

Meanwhile, the Dow tumbled more than 876 points, or 2.8%, which is roughly 17% off its record high. The Nasdaq Composite dropped nearly 4.7%, or more than 33% off its November record.

Investors are bracing themselves for the possibility of a larger-than-expected interest rate hike this week after CNBC’s Steve Liesman confirmed on Monday that the Federal Reserve will “likely” consider a 75-basis-point increase, which is greater than the 50-basis-point hike many traders had come to expect. The Wall Street Journal reported the story first.

“I think they are going to do 75 basis points,” Ed Yardeni, president of Yardeni Research, said during CNBC’s “Closing Bell” on Monday.

“I think that Powell on Wednesday when he does his press conference will indicate that there’ll be another one coming at the July meeting and maybe another one at the September meeting. I think it’s time for him… to show that he really is concerned about inflation,” he continued.

Elsewhere, shares of Oracle jumped nearly 9% in extended trading after the software company reported an earnings beat boosted by a “major increase in demand” in its infrastructure cloud business.

Wall Street is also expecting the latest reading on the May producer price index on Tuesday before the bell at 8:30 a.m.

‘Flash’ star Ezra Miller’s apology is not a get out of jail free card, experts say

Sell this medical testing stock poised to fall more than 15% from here, Citi says in downgrade