Stocks like Honeywell Emerson are backdoor winners of the climate bill 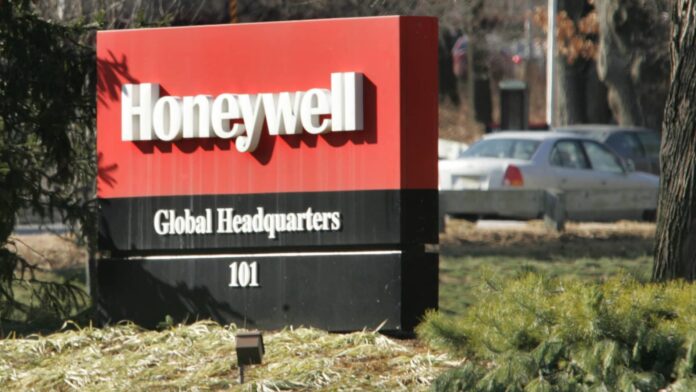 President Joe Biden just signed into law the largest climate funding package in U.S. history, creating opportunity for companies in industries far beyond just solar and wind generation. Citigroup said Wednesday that industrial, engineering and construction companies could also see gains ahead. “The broader goals to bolster energy security, decarbonize the economy, lower energy costs, and push domestic manufacturing provide, in our view, long-term growth opportunities for our companies and given US’ commitment toward a net-zero economy by 2050, we see these/future investments supporting longer term visibility,” the bank wrote in a report to clients. Two companies in particular that Citi likes are Quanta Services and MasTec . Both work in power transmission and distribution, which are key to building out renewable energy infrastructure. The Inflation Reduction Act earmarks grants and loan programs for states and electric utilities that speed the transition to renewables. That requires infrastructure that can carry the power from the production site to the end user. The package also includes funding to increase energy efficiency and decarbonize buildings and homes. Citi said this could lead to upside for HVAC companies including Trane Technologies , Johnson Controls and Carrier Global . Johnson Controls previously said there’s a $240 billion market opportunity over the next decade supporting net-zero goals. Emerson and Honeywell , meanwhile, have exposure to hydrogen energy, which is also a beneficiary of the Inflation Reduction Act. “We think IRA of 2022 could further boost longer term spending as well as the sentiment toward clean energy, and we see continued multi-decade investment from U.S. states, companies, as well as other countries,” analysts led by Andrew Kaplowitz said. In total, the IRA includes $369 billion in energy and climate-related initiatives. The package, which Biden signed Tuesday, came after months of gridlock in Washington. Senate Majority Leader Chuck Schumer, D-N.Y., and Sen. Joe Manchin, D-W.Va., announced a surprise deal at the end of July. The package then swiftly passed the House and Senate. While it doesn’t include as much for climate as was initially outlined in the Build Back Better plan, it’s still the most ambitious climate-spending package in U.S. history. The bill aims to encourage renewable energy adoption, while also incentivizing domestic supply chains. “We do think investors’ confidence level in higher projected energy transition/clean energy spend can be seen in our companies’ valuations, and more importantly, we think the higher multiples are sustainable/justified based on the increased likelihood that clean energy focused spend will rise significantly over the next several years with IRA of 2022 as a catalyst,” Citi said. – CNBC’s Michael Bloom contributed reporting.