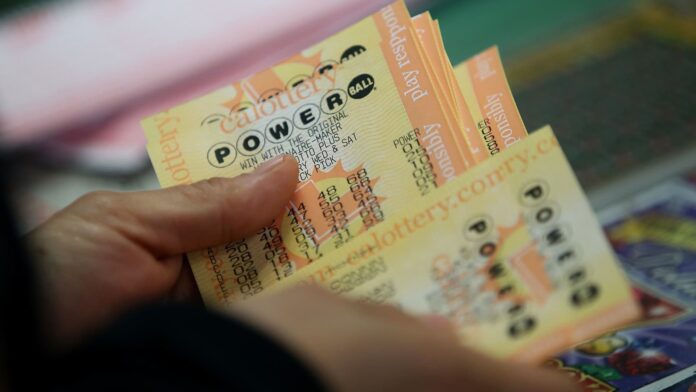 After rolling higher for about two months of three weekly drawings with no winner, the lottery game’s top prize was nabbed in Wednesday night’s drawing. The ticket was purchased in Vermont, which marks the first time the jackpot has been won in that state.

Of course, the advertised amount isn’t what the winner will end up with. Whether the prize is taken as an annuity of 30 payments over 29 years or as an immediate, reduced cash lump sum, taxes end up taking a big bite out of the windfall.

More from Personal Finance:
Cost to finance a new car hits a record $656 per month
There’s a push in Congress for a national retirement plan
100 million adults have health-care debt, research shows

For this jackpot, a required federal tax withholding of 24% would reduce the $208.5 million cash option — which most jackpot winners choose — by about $50 million.

However, the top federal marginal tax rate is 37%, which applies to income above $523,600. In other words, there likely would be additional taxes due at tax time. For illustration purposes: If the winner had no reduction in income — for example, significant charitable contributions from the winnings — another 13%, or $27.1 million, would be due to the IRS ($77.1 million in all).

Odds of a Powerball jackpot win: about 1 in 292 million

The Powerball jackpot has reset to $20 million for the next drawing, which is scheduled for for Saturday night. The Mega Millions jackpot, meanwhile, stands at $360 million ($199.3 million cash option) for Friday night’s pull.

The chance of a single ticket matching all six numbers drawn in Powerball is about 1 in 292 million. For Mega Millions, it’s 1 in 302 million.

The economy may look like it’s in recession, but we still don’t know for sure