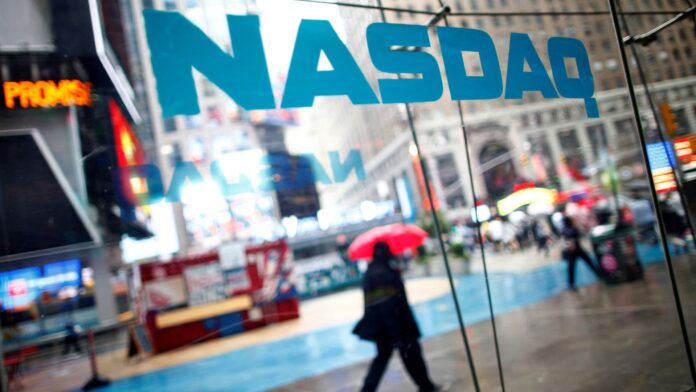 It is getting ugly out in tech land. The Nasdaq Composite is down for 7 straight sessions (down 8.6%), its longest losing streak since a 9-day losing streak in Nov. 2016. A number of formerly high flying thematic tech ETFs are scraping along the bottom, at or within 1% of a 52-week lows. A few examples: Global S Social Media (SOCL) : lowest since April 2020 Global X Video Games & eSports (HERO) : lowest since May 2020 Global X Robotics (BOTZ) : lowest since April 2020 Bonds are looking lousy too. The iShares Corporate Bond ETF (LQD) , the largest in its space, is at an 11-year low. The higher interest rates are hurting emerging markets. The iShares Emerging Markets (EEM) , is at a two-year low, and even if you ex-out China (EMXC) it’s still down 20% this year. The iShares MSCI South Korea ETF (EWY) is at a two-year low as well. Precious metals aren’t doing anything either. A main gold ETF (GLD) is near a new low, a fund which tracks silver (SLV) is near a 2-year low. Crypto too is in a rut. With bitcoin near a 20-month low, crypto funds are also suffering, including the Grayscale Bitcoin Trust (GBTC) , and the bitcoin futures ETFs like VanEck Bitcoin Strategy (XBTF) and Valkyrie Bitcoin Strategy ETF (BTF) , all within 1% of a new low. Even pot stocks are falling apart. The ETFMG Alternative Harvest ETF (MJ) hit an historic low (went public in 2015). IPO market coming alive? At least the IPO market is showing signs of life. Last night AIG announced the coming IPO of Corebridge, its life and retirement subsidiary. At 80 million shares priced between $21-$24, it would be a roughly $1.8 billion deal, the largest deal this year, in what has been one of the worst IPO markets in decades. This follows on from the Monday announcement from VW about its upcoming Porsche IPO. Matt Kennedy at Renaissance Capital told me both “are large, stable, and profitable companies being carved out of larger publicly-traded parents (AIG and VW, respectively). And recall that was also true of Bausch + Lomb earlier this year. These companies are about what you expect to be the first IPOs to test the market, but it’ll be a while before the IPO window is broadly open to the unicorn class.”

Is Ibiza expensive? Prices for rooms, food and taxis are rising

Coinbase and other crypto stocks slip on hot inflation data

NASA postpones Artemis 1 rocket launch due to issues during countdown