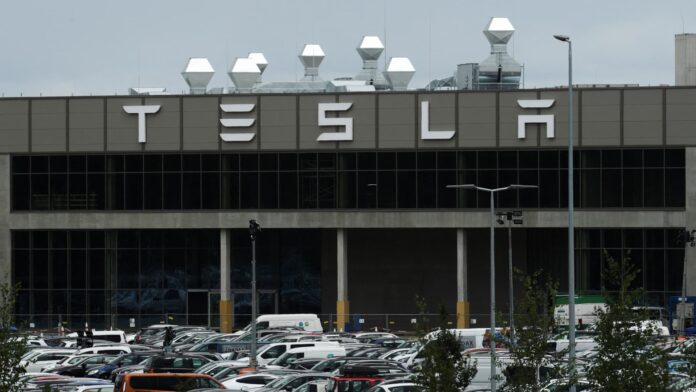 Wall Street expects these “tenbagger” stocks that enjoyed a meteoric rise over the past decade to continue their big gains. Identifying a tenbagger, or an investment that surges 10-fold from its purchase price, is the ultimate goal for professional stock pickers. The term was first coined by legendary investor Peter Lynch, an avid baseball fan who compared a stock’s growth prospects to two home runs and a double in the sport. According to history, since 1980, there have been 175 occurrences when a stock jumped 10-fold over a five-year period, according to a Monday note from AllianceBernstein. The firm found that tech names were most represented in the list of tenbaggers, and that they generated the highest average returns. These are followed by consumer cyclicals and health care products. “On net, our analyses find that Tech has historically provided disproportionate opportunity for alpha generation and 10-baggers, particularly over a 5-year period. Over longer time-frames, 10-baggers are more prevalent across the broader market, but tech’s big winners win much bigger than other sectors,” AllianceBernstein’s A.M. (Toni) Sacconaghi, Jr. wrote. With that in mind, CNBC Pro searched for tenbagger stocks from the past decade that analysts believe will continue to make outsized gains. Of course, they may not advance another 10 times from here, but analysts like their prospects. Not only have these names posted a compound total return greater than 1,000% over the past 10 years, they’re also forecasted to jump more than 20% to their consensus 12-month price targets, according to FactSet data. What’s more, they have a 2022 estimated earnings per share growth rate of more than 20%, and an estimated annual long-term EPS growth rate of more than 20%. Here are five tenbagger names Wall Street likes. Tesla enjoyed a meteoric rise that generated returns of over 11,000% in the past decade. Despite the eye-popping gains, Wall Street expects the stock can climb even further from here — roughly 37% in the next 12 months. The electric vehicle maker is expected to grow earnings per share by 81% in 2022. Its estimated annual long-term growth estimate is also forecasted to be about 28%. Tesla could emerge a winner among electric vehicle makers as it raises capacity, Piper Sandler’s Alexander Potter said in a note this week. The analyst, who has an overweight rating on Tesla, said the electric vehicle company could soon cut prices as it raises manufacturing capacity in its facilities in Shanghai and Tesla, and burns through its backlog. “We think the order backlog is 310k+ units, with book-to-bill trending < 1.0 for the past four months. Tesla’s capacity will only keep rising, foretelling eventual price cuts, in our view. As noted elsewhere in our work, we think price cuts could drive periodic sell-offs in the coming months, but overall, when Tesla cuts price, the real losers will be Tesla’s peers (not Tesla itself),” Potter wrote. Advanced Micro Devices surged more than 2500% over the past decade. Analysts expect that the semiconductor company will enjoy roughly 50% upside over the next 12 months. It’s forecasted to grow 2022 earnings per share by about 28%, while the annual long-term growth estimate stands at about 35%. While AMD missed third-quarter earnings expectations this week, Morgan Stanley analysts remained overweight on the stock, saying that the worst is behind the stock. “Continued PC weakness into 4q weighs on numbers, and the dust hasn’t completely cleared, but modest data center growth in 4q should be a relief; we like the stock for next year server gains,” Morgan Stanley’s Joseph Moore said in a Wednesday note. Monolitic Power Systems has a more than 1900% 10-year compound total return. Over the next 12 months, the stock is predicted to jump another 35%. Its 2022 earnings per share growth estimate is 66%, while its annual long-term share growth is forecasted to be 26%. Other stocks include Fortinet and ServiceNow .

Map of ‘Power of Siberia’ gas pipeline that China, Russia are working on

Biden cancels $10,000 in federal student loan debt for most borrowers