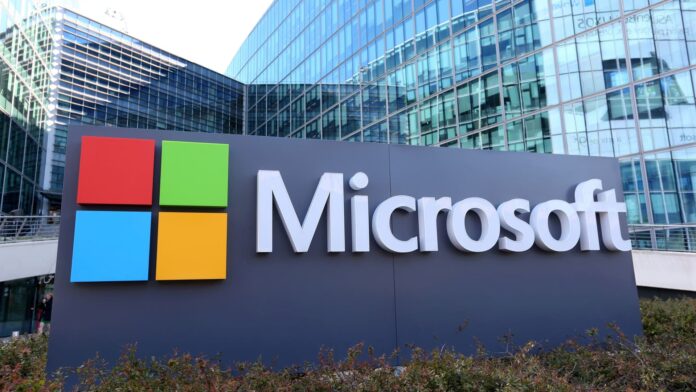 Here are Monday’s biggest calls on Wall Street: Argus downgrades Nike to hold from buy Argus said it has inventory concerns regarding the apparel giant. “Our downgrade reflects concerns about Nike’s high inventory, which rose by 44% in fiscal 1Q23. The company will need to cut prices to clear this inventory, which will weigh on margins and earnings in the coming quarters.” Bank of America downgrades Livent to underperform from neutral Bank of America said shares of the lithium company have limited upside. “We supplement this valuation with a near-term EBITDA multiple, but even then, we think LTHM shares have limited upside.” Morgan Stanley reiterates Uber as overweight Morgan Stanley said it sees multiyear top-line growth for Uber. The firm did, however, cut its price target to $54 per share from $70. “With that backdrop, we think investor focus should turn to the achievability of UBER’s (and LYFT’s) multiyear ride-share top-line guidance as we head into ’23.” Atlantic Equities reiterates Microsoft as outperform Atlantic Equities said the company is “well positioned for more challenging macro” outlook. “We reiterate our Overweight on Microsoft seeing the recent pullback as creating an attractive entry point. The company is unlikely to be recession-proof and we are accordingly trimming our FY23/FY24 estimates to reflect the tougher macro and incremental FX headwinds.” JPMorgan reiterates Credit Suisse as underweight JPMorgan said concerns about the banking giant’s finances are overblown. “There has been press speculation around CSG’s financial strength over the weekend, with some press articles highlighting that CSG has reassured large clients, counterparties and investors about its liquidity and capital position in response to concerns raised.” Goldman Sachs upgrades Wells Fargo to buy from neutral and downgrades Citi to neutral from buy Goldman said Wells Fargo is underappreciated. The firm also downgraded Citi and said it needs more capital than peers. “We see WFC as an underappreciated earnings growth story, due to best-in-class revenue upside and efficiency improvement from rates and loan growth-driven NII, and further idiosyncratic expense rationalization potential as it laps regulatory-related cost inflation and continues to rationalize the business footprint.” Read more about this call here. Deutsche Bank reiterates Tesla as buy Deutsche Bank said that despite Tesla missing on delivery numbers over the weekend that the stock is too attractive to ignore. “Tesla reported 3Q22 deliveries of 343.8k units, predictably up from 2Q’s 255k units as the company recovers from the impact of Covid lockdowns in Shanghai during Q2 but below our forecast of 367k, due an increase in cars-in-transit at the end of the quarter.” Read more about this call here. Morgan Stanley reiterates Apple as overweight Morgan Stanley said it’s standing by its Apple buy rating but that the “App Store debate will likely remain a battleground for investors.” “App Store net rev declined -5% Y/Y in the month of Sept, the worst declines in the history of the data, as China weakness persisted & Japan/U.S. growth slowed.” JPMorgan downgrades Intuit to neutral from overweight JPMorgan downgraded the business software company mainly on valuation. ” Intuit is a leader across multiple product markets primarily oriented toward consumer, self-employed, and small business customers, with a growing mid-market segment.” Morgan Stanley upgrades Box to overweight from equal weight Morgan Stanley said the cloud-based content management company is underappreciated. “Recent results demonstrating higher net retention, lower churn, and strong large deal momentum, with consistent execution across geographies, customer sizes and verticals, suggest Box’s Suite selling and expanding product capabilities are allowing customers to more easily realize the value of the full Box platform — key in a challenging macro.” Read more about this call here . Morgan Stanley downgrades DocuSign to underweight from equal weight Morgan Stanley said it sees “pricing pressure” for DocuSign . “Post-Covid demand normalization, sales force productivity challenges, leadership turnover and macro create an uncertain, difficult transition ahead, mostly reflected in shares. Intensifying competition, e-signature commoditization and pricing pressure create further downside.” Bank of America reiterates Levi’s as buy Bank of America said concerns about a slowdown in denim are overblown for Levi Strauss. “We think market concerns regarding a structural shift out of denim are overblown.” MoffettNathanson initiates Roblox as underperform Moffett said there’s too much uncertainty around the stock. “A huge range of outcomes could be possible for Roblox, we concede. But at this price, to earn a good return, what do you have to believe? Simply too much, in our view. Therefore, we initiate coverage with an Underperform rating.” Read more about this call here . Stephens downgrades CarMax to equal weight from overweight Stephens said it’s is having trouble seeing upside for the stock due to slowing demand for used vehicles. “Used vehicle demand trends have been softening, and the update last week was largely in line with our expectations; however, the expense backdrop is higher than anticipated, and with minimal expected improvement in the near term, it is difficult to see upside to near-term numbers even after the steep reset.” JPMorgan downgrades New Relic to neutral from overweight JPMorgan said it’s concerned about slowing growth for the cloud-based tech company. “Looking forward, we think the dust has largely settled across a number of these areas, with revenue growth starting to stabilize close to the 20% level in the last three quarters.” Bank of America reiterates Amazon as buy Bank of America lowered its price target to $157 per share from $170 due to some “macro pressure” but said it’s standing by its buy rating. “While we think ex-FX sales are generally on track to hit 3Q guidance ranges after a solid August, we are lowering our forward estimates and POs (price offering’s) for AMZN and EBAY to reflect higher macroeconomic uncertainty as well as US$ appreciation since mid-August.”