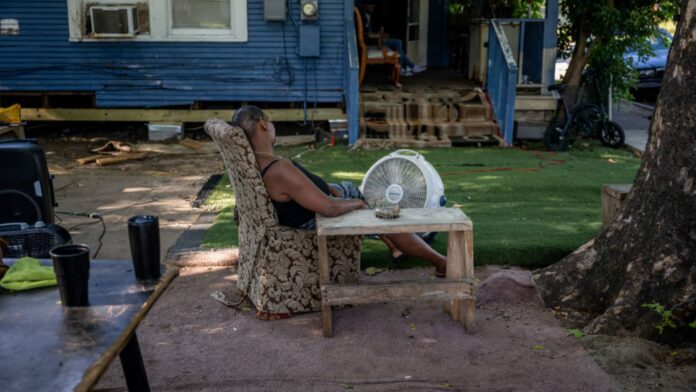 Power demand recently hit a record high in Texas amid a severe heat wave and will likely break more records this week as homes and businesses blast air conditioners across the country’s second-most populous state.

Demand on the power grid reached more than 75,000 megawatts on Sunday, surpassing a previous record of 74,820 megawatts set in August 2019, according to the Electric Reliability Council of Texas, which runs the grid for more than 26 million customers who comprise about 90% of the state’s electric load.

One megawatt can power roughly 200 homes in Texas during high demand and about 1,000 homes in normal weather conditions.

Soaring power usage prompted by extreme weather has triggered concerns over the vulnerability of the state’s grid system, following a deadly winter storm in February 2021 that left millions of residents without power for days.

ERCOT, however, has said it has enough supplies available to meet demand during the heat wave even as it forecasts rising power demand throughout the week.

Last month, ERCOT asked residents to conserve power amid high temperatures by setting their thermostats to 78 degrees or above and avoiding the usage of large appliances such as dishwashers, washers and dryers during peak hours between 3 p.m. and 8 p.m.

The request came after six power generation facilities tripped offline amid the heat, resulting in the loss of approximately 2,900 of megawatts of electricity.

Climate change has prompted more frequent and destructive weather events such as heat waves, drought and wildfires, which have increasingly forced blackouts and overwhelmed some of the country’s infrastructure.

Extreme weather events have caused 67% more major power outages in the U.S. since 2000, according to an analysis of national power outage data by research group Climate Central.

Here’s what that means for travelers