HomeInvestingThe crypto industry is closely watching the midterm elections. Here's what it's...
Investing

The crypto industry is closely watching the midterm elections. Here’s what it’s looking for 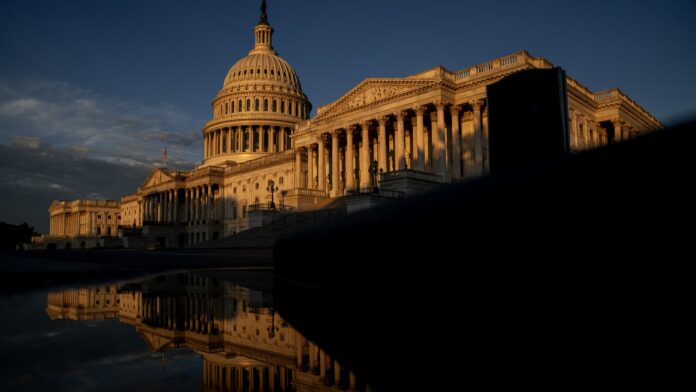 The midterm elections are next week, and some investors are closely watching the outcome for an idea of how the next Congress’s lawmakers will approach cryptocurrency over the following two years. The industry has long been frustrated about the lack of a clear governing body, old laws they say should be modernized for a digital-first world and a general lack of understanding of the complex technology underpinning cryptocurrencies that lead to misconceptions that could hurt the market. Crypto has exploded in popularity and growth in the past few years, catching governments unprepared. Lawmakers and regulatory agencies have scrambled to sharpen their understanding of the fledgling sector, while the industry itself has beefed up its lobbying. There’s a good chance the midterm elections will hardly dent the price action in the days that follow. However, many investors are taking a longer view on what the vote portends. “Even though elections don’t drive the long-term path of markets, they can impact how people think about risk,” said Callie Cox, U.S. investment analyst at eToro. “This is why we’ve historically seen stronger fourth quarters in election years. As a riskier asset class, crypto is obviously part of that equation.” Citigroup analysts noted that the U.S. government has been actively working to increase its regulatory footprint in the crypto industry – highlighting President Joe Biden’s executive order at the beginning of the year, as well as several key proposals introduced by Congress since. They say the midterm elections and the new shape of Congress could affect how the legislative process unfolds. “Although we think worth noting that crypto bills introduced by various Congressional committees have been a rare example of consistent bipartisanship in Washington, D.C., either way, enforcement actions via the SEC, CFTC and U.S. Treasury (among other regulatory bodies) are in the meantime likely to keep establishing the ‘rules of the road’ across the crypto regulatory landscape,” commodities analyst Aakash Doshi said in a note Thursday. Chris Kline, co-founder and chief operating officer at Bitcoin IRA, agreed that a near-term reaction could be a lot to ask, but that the election nevertheless will drive the policy outlook over the next two years. “The results are going to impact action and some of that in the long-term may be crypto — it’s going to be a part of that conversation,” he said. “It never was as important or on the minds of politicians and electors until recently. These are ways where they can define how they get themselves to be the party people are looking at.” A Harris survey last week sponsored by crypto investing firm Grayscale showed 38% of U.S. voters will consider candidates’ position on crypto in midterms and more than half, (53%), see crypto as the future of finance. While the bear market has dominated headlines this year, the drumbeat for crypto regulation has gotten much louder, providing some comfort to members of the crypto industry. As part of the efforts, three bipartisan bills have been proposed that many investors and entrepreneurs are paying close attention to: Lummis-Gillibrand Responsible Financial Innovation Act, which would create a standard for determining which crypto assets are commodities and which are securities; Digital Commodities Consumer Protection Act of 2022, which would give the CFTC regulatory authority over crypto; Digital Commodity Exchange Act, which similarly would give the CFTC most of the authority for regulating cryptocurrencies. While there have been strong efforts from both sides of the aisle to participate in the crypto conversation, Republicans’ stance toward innovation in the industry has been more favorable. “On the margin, the market will likely perceive GOP gains favorably,” said Matt Hougan, chief investment officer at Bitwise Asset Management. “Crypto shouldn’t be a partisan issue, and it isn’t — most crypto-related bills have been bi-partisan in nature. But on the margin, the GOP’s bent toward lighter-touch regulation reduces the risk of extreme regulatory outcomes.” “From a regulatory perspective, the most important thing we can get in crypto is clarity,” Hougan added. “There is a bi-partisan push for better crypto legislation in Congress right now, and before Congress ground to its election-related halt, a number of significant bills were working their way through the system. I hope that whatever happens we see legislators take up debates around things like stablecoin regs and push us toward greater clarity.”

The threat of a transatlantic trade war is dominating Davos

Investors bolting from after Fed speech are too hasty, Jim Cramer says