HomeUSAThe solution to the U.S. debt disaster is a value-added tax
USA 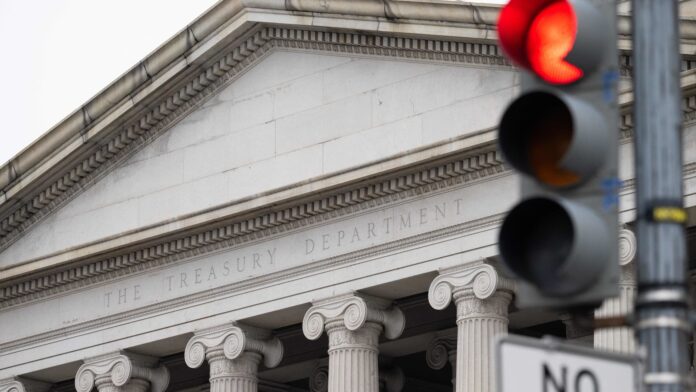 The US Treasury Department building is seen in Washington, DC, January 19, 2023.

Sifting through the turmoil of the speaker of the House election, and the promises Kevin McCarthy made to secure the job, one thing is important to note: The Republicans who are insisting on budget cuts and balanced budgets have a point.

Historically, Democrats were the big spenders and Republicans were the guardians of economic sanity, but that has not been true in recent years.

During the Trump administration, deficits increased dramatically with nary a word from the right-wing crowd previously known as advocates of fiscal sanity.

Since 1997, under both Democratic and Republican administrations, the national debt held by the public grew 500% from $3.8 trillion to $24.5 trillion. Much of this period was an era of extremely low interest rates, so the interest cost of the increased debt was viewed as practically free, and demand for U.S. securities continued strong.

The sad truth is that this Goldilocks period of financing our unrestrained debt is likely over.

The national debt held by the public is the amount on which we pay interest to the major holders of U.S. debt in Japan, China, and Europe.

In a recent op-ed piece in The Wall Street Journal, Townsend Group President Red Jahncke calculated that the current interest cost on the $24 trillion in debt held by the public was a staggering $756 billion, which is almost as much as the Defense Department budget!

The Congressional Budget Office projects that the interest rate paid by the government on the national debt will rise to 3.1% over the coming decade, and this estimate is arguably too conservative.

In fact, every additional percentage point will increase the debt service cost by $2.6 trillion over the decade.

According to CBO, using their potentially conservative estimates, the cost of our interest expense would become the largest budget item surpassing defense spending in 2029, Medicare in 2046, and Social Security in 2049.

The 2-year Treasury currently yields 4.17%. A year ago it yielded 1.05%. As our deficit becomes a gargantuan overhang, investors will demand higher interest rates to own U.S. bonds.

I believe we can all agree that this path is unsustainable.

VAT: The only path forward

Budget cuts would help but will never approach the amounts needed to solve this disastrous path to fiscal calamity. The major remedy will have to come from budget discipline and higher taxes.

There is only one path to higher taxes that will make enough of a difference to solve the problem: a value-added tax.

The U.S. is the only developed country in the world that does not impose a VAT; 160 countries have one.

A 10% VAT would raise close to $3 trillion over 10 years, according to the Tax Policy Center. Nothing else that we could do comes close.

A major flaw in the VAT is that it is regressive, hurting low-income families harder as the cost of most things they buy will go up.

This can be solved in a variety of ways through tax rebates and other measures. Although the VAT will raise prices, one advantage it has is that it is invisible. It is not an add-on like a state sales tax. This should insulate legislators from a continuing barrage of criticism once it is implemented.

I have no doubt that we will join the rest of the world in imposing a VAT, but when?

If done now, it can be accomplished in a relatively orderly manner.

The alternative is to wait until it is forced upon us by an unprecedented crisis where the U.S. can no longer borrow funds at a reasonable rate to fund our growing deficits because buyers of our bonds no longer trust our ability to control our spending.

That crisis lies just down the road. Take your pick.

—Peter Tanous is founder and chairman of Lynx Investment Advisory in Washington, D.C. He is the author of several books, including “Debt Deficits and the Demise of the American Economy” and “The 30-Minute Millionaire,” both with CNBC.com Economics Editor Jeff Cox.