HomeInvestingThese could be the stocks 'Big Short' investor Michael Burry is warning...
Investing 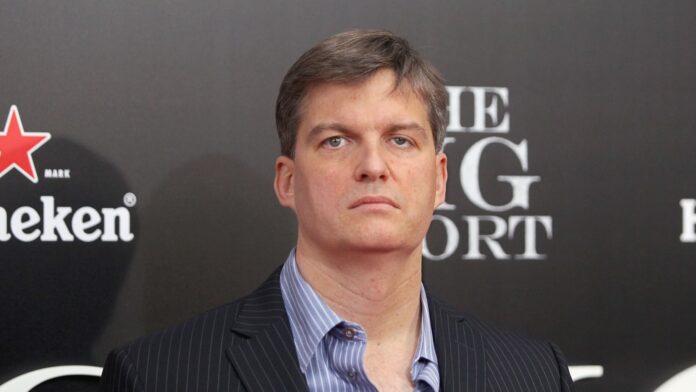 “The Big Short” investor Michael Burry has been warning investors about a 2000 and 2008 style market bubble on the horizon, with speculative stocks being most vulnerable for a crash. Burry, known for calling the subprime mortgage crisis, most recently sounded alarms on frothy stocks with an extremely inflated market capitalization but little earnings. “This morning there were still 218 primary stock listings in the United States with a market cap over $1 billion and EBITDA less than NEGATIVE $100 million,” Burry said in a Friday tweet. “29 of them had market caps over $10 billion, totaling $655 billion. Saying it again. ALL the silliness must go.” We run a screen seeking to identify some of the companies with shaky fundamentals that Burry highlighted. The following companies all have a market cap over $10 billion and EBITDA less than negative $100 million from the latest quarter. Topping the list were a slew of internet and software names such as Snowflake , Shopify, Twitter and Roblox . A duo of electric vehicle players — Rivian and Lucid — also made the list. These growth-oriented stocks have been hit hard by rising rates, as higher borrowing costs hurt the value of future earnings. Value stocks have fared better than their growth counterparts this year, as investors turned their backs on firms with ambitious sales and profit forecasts far out in the future. Burry, who runs hedge fund Scion Asset Management, has been particularly negative on the Federal Reserve being behind the inflation curve, the macroeconomic trends as well as the investor behavior. Last month, he said the market was not close to hitting a bottom, warning about massive earnings compressions. In May, he drew parallels between today’s market environment and that of 2008, saying it’s like “watching a plane crash.” The investor shot to fame by betting against mortgage-backed securities before the collapse of the mid-2000s housing bubble. Besides his “Big Short,” Burry made a killing from a long GameStop position last year as the Reddit favorite made Wall Street history with its massive short squeeze.

The S&P 500, lifted by earnings, makes a run at a key threshold and tests its downtrend