HomeInvestingThese stocks in the bear market are relatively safe and pay a...
Investing 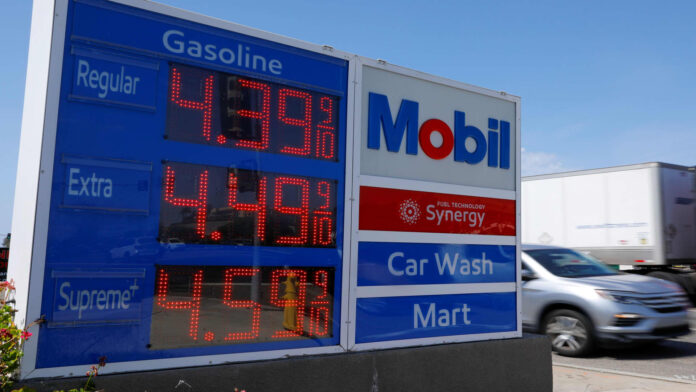 As the fourth quarter kicks off, it’s hard to forget all the stock market turmoil this year — or hope for better times ahead. Markets on Friday capped off another brutal quarter and month , with the S & P 500 wrapping up its third down quarter in a row for the first time since 2009 in the depths of the global financial crisis, and its worst single month since March 2020. The benchmark index in September also hit new bear market lows for the year, closing below the 3,600 level on Friday. Markets hit sell-off mode again after a brief summer reprieve as the Federal Reserve implemented another 75 basis point rate hike and indicated its intention to stay aggressive regardless of what damage the economy suffers. In the meantime, inflation remains at generational highs and the war in Ukraine shows no sign of ending. It’s safe to say relatively little is working this year given the troublesome macro picture, but investors shouldn’t give up hope. The are some rare stocks bucking the trend that could offer a safe haven during these trying times and the uncertainty that lies ahead. To find these potential ports in the storm, CNBC Pro used FactSet data to screen for stocks that offered a positive return in the latest quarter and that pay a dividend of at least 2%. The stocks also have low debt, making them resistant to higher rates, and a beta of less than 1, meaning they offer a smoother ride for investors in a period of heightened volatility. The screen brought back just five stocks. Here are the names: Cardinal Health was the best-performing stock, gaining a whopping 27.6% in the third quarter. Shares of the pharmaceutical distributor are up more than 30% this year even as the broader market headed south, and they offer a dividend of 3%. Oil stocks have outperformed this year, with the S & P 500’s energy sector up nearly 37% and Exxon Mobil shares up 49%. The oil, gas and chemical behemoth rose 2% in the third quarter and pays a dividend yield of 4%, with Credit Suisse naming the stock in August among several dividend aristocrats that give investors a place to hide out. Another bear market survivor was Cummins , with shares rising 5.2% in the recent quarter and down just 3.6% this year. A September CNBC Pro screen listed Cummins among a host of inflation-fighting stocks outperforming the market . Semiconductor manufacturer Texas Instruments and Snap-on round out the list.

Liz Truss wants to review the Bank of England’s mandate