This index is signaling that inflation already peaked and is slowing 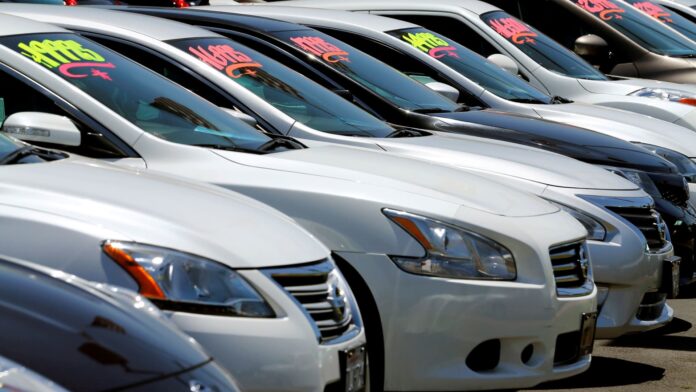 For signs that inflation may be easing, Wall Street pros have an unlikely source — the price of used cars. The Manheim Used Car Price Index fell to 205.9 in September from 210.8 in August. Since the beginning of the year, the index has declined nearly 13%. The consumer price index paints a similar picture — in August, used car and truck prices fell 0.1% from the previous month, according to the Bureau of Labor Statistics. This index is often regarded as the “canary in the coal mine” for inflation as car sales, and particularly used cars, touch many parts of the economy, including gas prices, consumer confidence, supply chain issues, interest rates and more. Cox Automotive publishes the index, which tracks the prices of used vehicles sold at its U.S. wholesale auctions. The surge in prices of used cars was a meaningful part of the runup in inflation to the 40-year high, analysts at Deutsche Bank said in a Sept. 15 note. In 2020 and 2021, as the pandemic raged and inflation began to climb, used car prices increased by 20% each year. “For the ten years ending 2019, (pre-pandemic), used car prices appreciated at a 2% annual rate — consistent with overall inflation,” said Kevin Barry, chief investment officer of Summit Financial in Parsippany, New Jersey, in a note. “For the two years ending 2021, the pace of increase was 10X the previous ten years.” Predicting the end of rate hikes Going forward, measuring cooling inflation is important as it may give some insight into when the Federal Reserve will stop hiking interest rates and even start cutting them. On Wednesday, the central bank delivered its third consecutive 0.75 percentage point interest rate increase to tame inflation, and raised its terminal rate to 4.6% in 2023, signaling there’s at least one more 0.75 percentage point rate hike coming this year. The used vehicle value index shows that while used car prices are trending in the right direction, there’s still room to go before the Fed is confident that inflation is back in check, according to Barry. To bring the index back to its pre-pandemic trend of a 2% annual price increase, it would have to drop more than 25%. A drop of about 20%, however, would bring the annual price increase trend to about 5%, which is likely where the Fed will feel comfortable ending their hiking campaign. “I believe that the Fed will increase interest rates until the index drops to 163, from 205 today,” he said. That’s a roughly 20% drop.