This tiny, profitable luxury automaker can withstand a recession 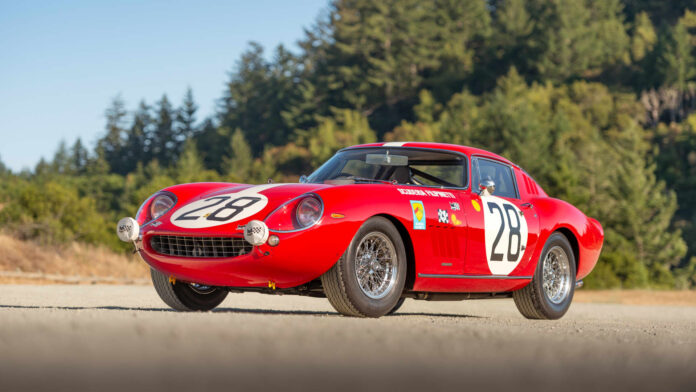 Investors seeking a luxury name that can withstand a recession should consider shares of Ferrari , according to AllianceBernstein. “The luxury car market is tiny, profitable, and growing,” analyst Daniel Roeska wrote in a note Tuesday. “In financial downturns, luxury goods spending (incl. cars) falls more sharply than the overall economy. But, two companies stand out: Ferrari and Rolls-Royce. Both are at the pinnacle of their segments, often commanding monopolies.” “This translates into very strong order books that tide them over as overall luxury demand falls,” Roeska added. Ferrari is considered a bright spot in the motor vehicle sector. While other automakers contend with the fallout from rising inflation and interest rates, Ferrari has seen continued strong demand for its expensive cars. Earlier this month, Ferrari raised its full-year guidance after reporting record calendar second-quarter earnings results . The stock is down roughly 8% this year, outperforming the major averages, and has rallied more than 18% this quarter. Roeska expects that Ferrari will continue to outpace rivals from here. The company is getting a boost from a small sales volume and a wealthy clientele that have largely insulated the automaker from broader supply chain disruptions. “The luxury car market is tiny, profitable and growing,” Roeska wrote. “While we expect competition to intensify in the wider automotive market, this niche market can deliver attractive returns” and exciting stocks. The group also enjoys wider profit margins than other companies. Ferrari and other luxury car companies enjoy gross margins above 50%, while other auto manufacturers offer less than 20% gross margins — even while the base cost remains similar, according to the note. To be sure, the analyst pointed out that most luxury car companies were not public during the last major recession, meaning there’s too little data on how they were affected in prior downturns. For example, Ferrari and Aston Martin only debuted in 2015 and 2018, respectively. Still, the analyst said ultra-luxury Ferrari was able to outperform the broader mass market and luxury market during the past two recessions. Ferrari sales volumes were down -9% in 2007/2009 and -6% in 2019/2020, according to the note. Mass market vehicles declined 7% during the Great Financial Crisis, while dropping 15% in 2020. Luxury vehicle volume dropped 36% and 8% in the same time periods. “The current situation in the sector overall, combined with the intrinsically large order books in the luxury segment, leads us to think that luxury car makers may be well prepared to face a potential recession,” the note read. Elsewhere, Bank of America analysts are positive on Ferrari, reiterating a $285 price objective, citing the automaker’s “outsized growth opportunity.” Ironically, Roeska at AllianceBernstein only has a market perform rating on Ferrari. Perhaps the strongest endorsement of Ferrari this week came from D1 Capital Partners’ 13F filing to the SEC. The hedge fund led by Dan Sundheim this week disclosed buying an initial $21 million stake in Ferrari in the second quarter. Attention from Sundheim can turn heads, since D1 managed about $40 billion at the end of the first quarter.