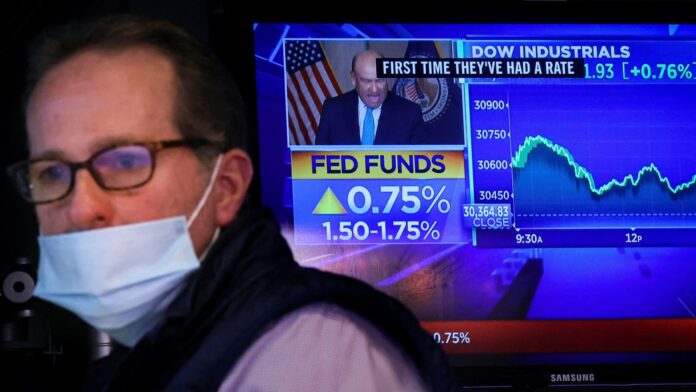 The central bank’s aggressive move to rein in inflation came after the U.S. consumer price index rose by an annual 8.6% in May, its largest year-on-year increase since 1981.

Members of the Federal Open Market Committee reiterated the Fed’s commitment to stabilizing inflation and indicated that a stronger path of rate increases lies ahead. Officials also cut their 2022 economic growth outlook to just 1.7% from 2.8%.

The move gave a bounce to risk assets, but analysts were divided as to the market implications and the scale of the likely recession coming down the pike.

“While some spectators argued for an even steeper hike, the Fed understood that the combination of rate hikes and QT already takes the US into uncharted territory with significant risks to growth. The hike today sent exactly the right message to markets.”

Data releases on Thursday will include May’s housing starts and building permits, along with last week’s jobless claims figures.

Auctions will be held for $35 billion of four-week Treasury bills and $30 billion of eight-week bills.