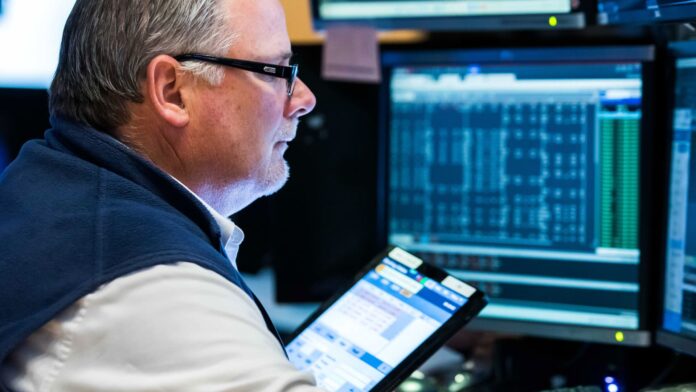 U.S. Treasury yields were lower on Wednesday as investors continue to assess the economic outlook amid rising recession fears.

As the second quarter draws to a close on Thursday, concern over a slowing economy and aggressive interest rate hikes from the Federal Reserve continue to dominate market sentiment.

An attempted rally for risk assets fizzled out on Tuesday after a disappointing consumer confidence reading, which came in at 98.7, below Dow Jones’ consensus estimates of 100.

The Conference Board’s one-year ahead inflation expectations hit a record high of 8.0%, exceeding the 7.7% seen in June 2008, while the Richmond Fed’s manufacturing index came in at -19, its lowest since May 2020 and well below consensus expectations of -7.

Fed Chairman Jerome Powell is due to give a speech at the European Central Bank forum at 9 a.m. ET. Powell acknowledged in a testimony to the Senate banking committee last week that steep rate hikes may tip the U.S. economy into recession, but reiterated the central bank’s commitment to reining in inflation.

On the economic data front, final first-quarter GDP figures are due at 8:30 a.m., along with PCE prices, corporate profits and consumer spending data.

An auction will be held Wednesday for $30 billion of 119-day Treasury bills.

Top tips to save on back-to-school shopping

Limiting volatility has led Clarkston Founders fund to outperform in 2022