HomePoliticsTrump aides at heart of Jan. 6 claims said to have hired...
Politics 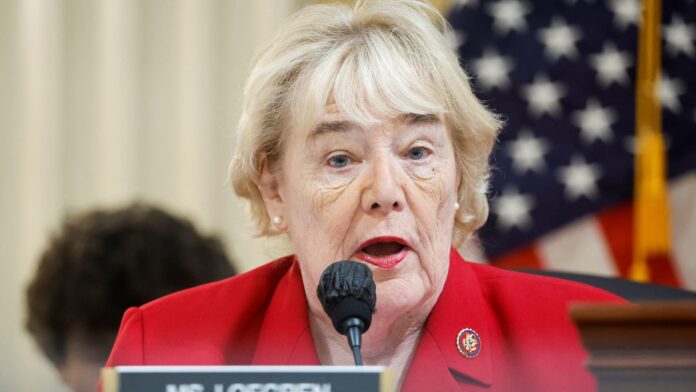 Presidential security officials at the center of an explosive allegation about then-President Donald Trump‘s demand to go to the Capitol on Jan. 6 have retained private counsel, according to a member of the House committee investigating the riot.

“Some of the officers said that they would be coming and talking under oath,” select committee member Zoe Lofgren, D-Calif., told reporters Thursday night after the panel’s latest public hearing.

“They have not come in, and they recently retained private counsel, which is unusual but they have a right to do that,” Lofgren said.

She specified that those officers are Tony Ornato, then a top Trump aide who was also a Secret Service agent, and Robert Engel, the former head of Trump’s security detail. The driver of the vehicle that took Trump back to the White House after a rally that preceded the Capitol riot has also retained private counsel, Lofgren said.

Hutchinson described hearing from Ornato on Jan. 6, 2021, that Trump lunged at Engel inside a presidential vehicle after being told that the Secret Service would not drive him to the U.S. Capitol following his rally.

“Tony described him as being irate,” she testified, adding that Trump had apparently said something like, ‘I’m the effing president, take me up to the Capitol now!'”

Trump had grabbed for the steering wheel of that vehicle, Hutchinson said Ornato told her, at which point Engel grabbed Trump’s arm and told him to stop. Trump “then used his free hand to lunge toward Bobby Engel,” Hutchinson testified.

She noted that Engel was in the room when Ornato relayed this account, and that he did not deny it at the time and has not done so since.

Former U.S. President Donald Trump acknowledges people as he gets in his SUV outside Trump Tower in New York, March 9, 2021.

But Trump quickly denied Hutchinson’s testimony, calling it “fake” and claiming it would have been impossible for him to reach for the steering wheel.

Unnamed sources associated with the Secret Service then appeared to cast doubt on Hutchinson’s testimony through statements to numerous reporters.

NBC News, citing a source close to the agency, reported that Engel and the driver of the vehicle were prepared to testify under oath that Trump never reached for the wheel. CNN reported another Secret Service official saying that Ornato denied telling Hutchinson that Trump lunged for the wheel or for Engel.

Hutchinson’s lawyer, Jody Hunt, responded on Twitter that his client “testified, under oath, and recounted what she was told. Those with knowledge of the episode also should testify under oath.”

To date, they have not done so, according to Lofgren.

Secret Service communications chief Anthony Guglielmi told CNBC that the agency is fully cooperating with the committee and will reiterate that cooperation in a forthcoming statement from the director.

The committee member’s latest comments on the investigation came after the panel’s eighth public hearing on the initial findings from the yearlong investigation into the Jan. 6 riot, when a violent mob of Trump’s supporters stormed the Capitol and delayed Congress from confirming President Joe Biden’s electoral victory.

The hearing focused on Trump’s inaction for more than three hours during the riot, even as his staff, allies and family members begged him to call off the mob.

Committee members argued that Trump’s refusal to stop the riot was not just a “dereliction of duty” but a deliberate choice by a president who refused to admit he had lost the election and was determined to stop or disrupt the transfer of power.

The prime-time hearing also revealed more testimony from witnesses who described a “heated argument” that an “irate” Trump engaged in after being told he would not be driven to the Capitol on that day.

The committee said it will hold more hearings in September as it continues to gather evidence.

The hearing also came hours after NBC News and other outlets revealed that the the Department of Homeland Security’s internal watchdog has opened a criminal investigation into the erasure of Secret Service communications from around the time of the riot.

The Secret Service has said that some data was lost following a “system migration process” that began in January 2021 but was planned well in advance.

The select committee said Wednesday that the Secret Service’s deletions “may represent a possible violation of the Federal Records Act.”