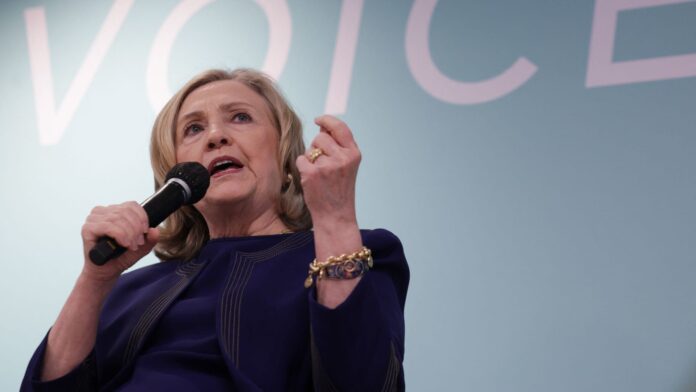 A federal judge dismissed former President Donald Trump‘s sprawling lawsuit alleging Hillary Clinton, the Democratic National Committee and many others conspired to spread a false narrative of collusion between Trump’s campaign and Russia during the 2016 presidential election.

In a searing order Thursday, Judge Donald Middlebrooks said that Trump’s lawsuit was merely “seeking to flaunt a two-hundred-page political manifesto outlining his grievances against those that have opposed him.”

The former president’s claims “are not only unsupported by any legal authority but plainly foreclosed by binding precedent,” Middlebrooks wrote in U.S. District Court in southern Florida.

Trump filed the lawsuit in March, seeking tens of millions of dollars in damages for violations of the RICO Act, a federal law that aims to combat organized crime, among other claims. It came more than five years after Trump defeated Clinton in a vicious and scandal-soaked presidential campaign where Trump’s relationship with Russia was a major focus.

The suit claims the defendants worked to produce false or misleading evidence of damaging ties between Trump’s campaign and Russia. It names dozens of people and entities as defendants, including Clinton, the DNC, ex-Clinton aide John Podesta, the law firm Perkins Coie, research firm Fusion GPS, ex-Clinton campaign manager Robby Mook, and others.

Trump claimed he has suffered at least $24 million in damages as a result of the defendants’ actions. His lawsuit sought to recover triple the amount in damages.

“Many of the Amended Complaint’s characterizations of events are implausible because they lack any specific allegations which might provide factual support for the conclusions reached,” Middlebrooks wrote in Thursday’s order.

“What the Amended Complaint lacks in substance and legal support it seeks to substitute with length, hyperbole, and the settling of scores and grievances,” he wrote.

The judge agreed with the defendants’ characterization of Trump’s lawsuit as “a series of disconnected political disputes that Plaintiff has alchemized into a sweeping conspiracy among the many individuals Plaintiff believes to have aggrieved him.”

Former special counsel Robert Mueller’s investigation of 2016 Russian election meddling concluded that the Kremlin did interfere in the contest, but found insufficient evidence to prove collusion with Trump’s campaign.

Trump has repeatedly decried the Mueller probe as a witch hunt, one of many he claims have been launched against him since his foray into politics.

Salesforce aims for 25% operating margin in 2026