HomePoliticsTrump lunged at Secret Service agent in rage when told he couldn't...
Politics

Trump lunged at Secret Service agent in rage when told he couldn’t go to Capitol on Jan. 6, aide testifies 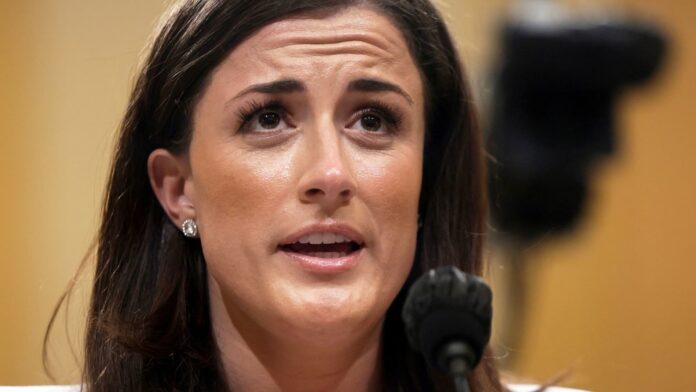 Cassidy Hutchinson, who was an aide to former White House Chief of Staff Mark Meadows during the administration of former U.S. President Donald Trump, testifies during a public hearing of the U.S. House Select Committee to investigate the January 6 Attack on the U.S. Capitol, on Capitol Hill in Washington, June 28, 2022.

Former President Donald Trump lunged at a Secret Service agent in a rage in the presidential limousine when told he could not be taken to the Capitol on Jan. 6, 2021, a former White House aide testified Tuesday.

“I’m the ‘effing’ president, take me up to the Capitol now!” Trump insisted, according to the aide, Cassidy Hutchinson, describing what she was told had happened in the limo that day.

Hutchinson, who had served as a top aide to Trump White House chief of staff Mark Meadows, revealed the dramatic incident for the first time at an abruptly scheduled hearing of the select House committee investigating the Jan. 6 riot at the U.S. Capitol.

Trump had wanted to go to the Capitol that day after speaking at a rally outside of the White House to supporters, whom he urged to march to Congress and “fight” against the ongoing confirmation of President Joe Biden’s electoral victory.