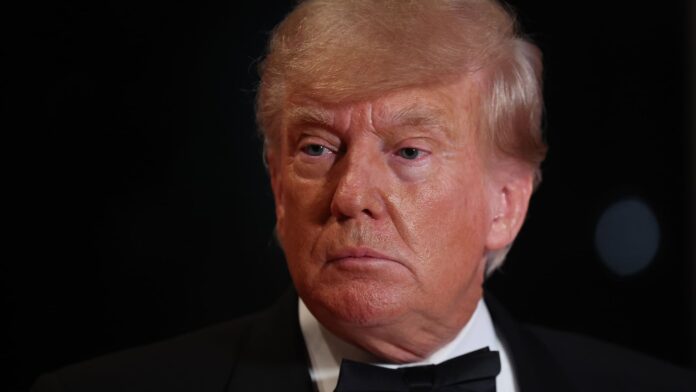 A federal judge on Thursday imposed nearly $1 million in sanctions on former President Donald Trump and his lawyer for filing a “frivolous” lawsuit against Hillary Clinton and others that claimed they tried to rig the 2016 presidential election in Clinton’s favor.

“This case should never have been brought,” wrote Judge John Middlebrooks in U.S. District Court for the Southern District of Florida in his order sanctioning Trump for the civil suit, which the judge previously dismissed.

“Its inadequacy as a legal claim was evident from the start,” Middlebrooks wrote.

“No reasonable lawyer would have filed it. Intended for a political purpose, none of the counts of the amended complaint stated a cognizable legal claim.”

Under the order, Trump and his lead lawyer in the case, Alina Habba, are jointly and severally liable for the total amount of sanctions the judge imposed: $937,989.39.

“The amount of fees awarded in this case, while reasonable, is substantial,” Middlebrooks wrote.

The judge’s order is the latest in a series of embarrassing legal setbacks for Trump, which have included the criminal conviction last month in New York state court of his Manhattan-based real estate company, The Trump Organization, for a years-long tax avoidance scheme.

Trump and his company also face a major civil lawsuit by New York’s attorney general for an alleged scheme to misstate the valuation of real estate assets for financial gain, and Trump also is being sued by the writer E. Jean Carroll, who accuses him of raping her in the mid-1990s in New York.

A state grand jury in Georgia recently completed gathering evidence and hearing testimony as part of an ongoing criminal probe into whether Trump illegally tried to overturn the results of the state’s 2020 election, which he lost.

And federal prosecutors are investigating Trump for his bid to reverse his loss in the national election to President Joe Biden, and his taking government documents to his Florida residence when he left office.

Middlebrooks in September had dismissed the lawsuit against Clinton and all other defendants besides the United States government “with prejudice,” which bars Trump from refiling the complaint.

In his order Thursday, the judge noted that Trump’s suit had “fatal substantive defects,” and that its factual allegations were undermined and contradicted by the public reports and filings upon which it purported to rely.”

Trump late last year announced that he will seek the 2024 Republican presidential nomination.