HomeUSATrump to be deposed by N.Y. AG in civil probe of his...
USA

Trump to be deposed by N.Y. AG in civil probe of his business practices 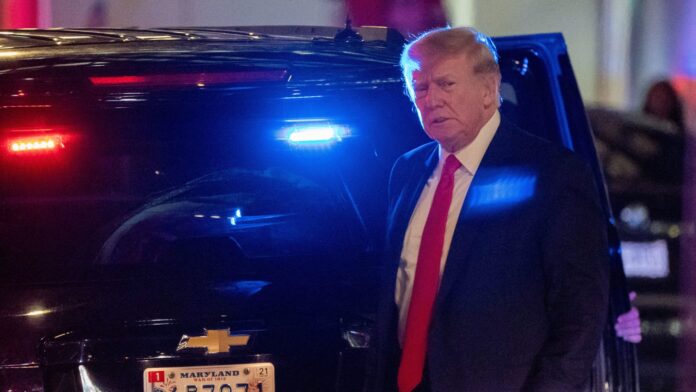 Former President Donald Trump is expected to be deposed by lawyers from New York Attorney General Letitia James‘ office Wednesday in its probe into the Trump Organization’s business practices, a lawyer for Trump confirmed to NBC News.

It is unclear whether Trump’s deposition will be in person or over video conference.

James’ office is considering whether to file a civil suit against Trump and his company and has said in court filings that it has “uncovered substantial evidence establishing numerous misrepresentations in Mr. Trump’s financial statements provided to banks, insurers, and the Internal Revenue Service.”

These statements were inflated by hundreds of millions of dollars and signed off on by the former president, James has alleged.

The former president has denied wrongdoing and has claimed that the probe by James, a Democrat, is politically motivated.

Posting on his Truth Social platform, Trump said he was in New York City and would see the attorney general “for a continuation of the greatest Witch Hunt in U.S. history! My great company, and myself, are being attacked from all sides. Banana Republic!”

Trump’s two eldest children, Donald Trump Jr. and Ivanka Trump, recently testified in the civil probe. NBC News reported Trump Jr. was interviewed a couple of weeks ago and Ivanka spoke to investigators last week. Neither of them pleaded the Fifth Amendment’s protection against self-incrimination. Sources did not confirm whether their testimony took place in person or virtually.

The deposition comes in the wake of the FBI searching Trump’s home at Mar-a-Lago in Florida, with a source familiar with the matter telling NBC News that the search was tied to classified information Trump allegedly took with him from the White House to his Palm Beach resort in January 2021.